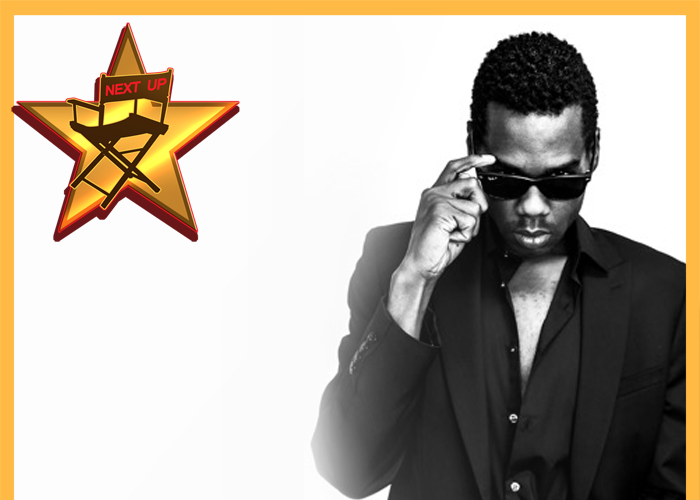 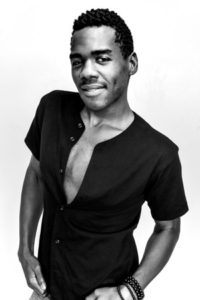 TrunkSpace: When did you know that you wanted to act for a living?
John: Before fully realizing my ambitions, it was my mother’s idea for me to pursue acting. One summer morning a friend called our house and asked for me, I had been up for a while but when I answered the phone I acted as if I was just waking up and used that as an excuse to not hang out. My mother overheard this and, immediately after I hung up the phone, she came into my bedroom and jokingly said, “Quit school and go to Hollywood.” I didn’t quit school, but I did excel in the arts while attending Whitney E. Houston Academy of Performing Arts in my hometown. I’ve always dreamed of being an actor and never thought it was possible until I got cast in my first Off-Off Broadway show in New York City. After that I was hooked.

TrunkSpace: Was there a particular performance or actor/actress from your childhood that you remember being drawn to and inspired by?
John: I’ve always admired the careers of Will Smith and Leonardo DiCaprio. Watching Will Smith break barriers as a top film star has been inspiring especially since we share the same ethnicity. My favorite movie is “The Pursuit of Happyness.” When I watch this movie, I always get emotional. Not only was the acting superb, but the story was a story anyone could relate to that has ambition. As far as DiCaprio, I’ve always admired the range of characters he portrays. There are many other actors I admire like Julianne Moore, Jeffrey Wright, Idris Elba, Mahershala Ali and Meryl Streep, to name a few. I like to pull inspiration from many, many actors of today and yesterday, but these are actors I find myself drawn to most.

TrunkSpace: How did you decide to approach your career as an actor? Did you formulate a plan of how you wanted to attack what is known for being a hard industry to crack?
John: My main plan is to work as much as possible when I’m offered work; with discretion of course. I have a commercial agent, but I self-submit everyday. I’m on all of the major casting notice services with most accounts having an annual subscription to keep monthly expenses down. I try to be strategic with the roles I submit for. I mostly submit myself to roles that would play up my strengths but are also kind of challenging. I’ve been cast in a variety of characters using my ‘formula’. I just stick to the mindset of, ‘just keep moving forward’. 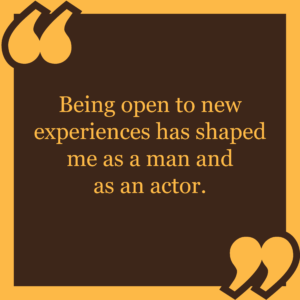 John: I started acting in New York City at around 22 years old. My first acting experience was in the 5th grade for a school play, and numerous church plays while growing up. I took a break from acting from age 25 to 32 while I focused on my personal life and life after college. Acting in Los Angeles actually happened by haphazard. I was on a Warner Bros. Studio Tour with my partner and the guide mentioned how actors get onto the studio lot by doing background work and instantly all the years of acting on stage and in film flooded back to my mind.

I had forgotten about my love for acting because I was so wrapped up in Life. At age 32, I signed up with Central Casting in Burbank and did a few months of background work and even got featured on two episodes of a show in a scene with an Emmy winner. After that experience, doing background work wasn’t satisfying anymore. I wanted to act. I stopped doing background work as often and focused on auditioning for speaking roles. Within one year I have filmed speaking roles in four short films, a commercial, a Web skit with a big following, and a few other confidential projects coming soon.

TrunkSpace: Was that move an easy transition for you initially? How long did it take you to feel at home and find a good support group of friends and peers?
John: The move was a very easy transition for me since I’m lucky enough to have an amazing and supportive partner. It is a challenge finding work out here while maintaining a flexible schedule to audition, but I try to take it one day at a time and enjoy the journey of becoming a full-time actor. I was able to make great friends out here as well. I honestly feel that I took a big risk in moving from the East Coast to the West Coast, but with proper planning, things have happened in my favor. There are trying days that test my desire for this career, but I work to maintain a positive outlook by surrounding myself with happy & motivated friends. I still have to pinch myself daily that I live in Los Angeles. The opportunity to live here and pursue my dreams has exceeded all possibilities I thought for myself just five years ago.

TrunkSpace: What has been been your biggest break in terms of a particular role or project thus far?
John: I would say my biggest break was landing a spot in a commercial for a casting company out here in Los Angeles. It has been such a confidence boost that’s providing me great momentum. Another big break is my first speaking role in a film called, “Chirp, Buzz & Other Sensations,” directed by Miley Durbin. So much went into the production and marketing of the film that I felt as if I was a part of a major studio production. Every part I land is a big break because I get to act.

TrunkSpace: Is there a specific type of role you’d like to take on or a specific genre that you feel more at home in?
John: I have this fantasy of playing character on a great journey. Another favorite movie of mine is “Diarios de Motocicleta” (“The Motorcycle Diaries”). This movie is great because it follows the journey of a man who has a goal, but finds himself on the way through trials and tribulations. I feel everyone is on a journey and it’s epic adventures like “The Motorcycle Diaries” that remind me that no matter what, I have to stay focused on my goals and dreams. I’ve been most attracted to epic films, whether drama, sci-fi, dark comedy or action. I love films that are of another place and time that allows the audience to escape with high quality cinematography, art direction, costumes, direction and acting. I love all the work that goes into creating these worlds for us actors to act in. Truthfully though, I’d feel most at home in epic dramas. 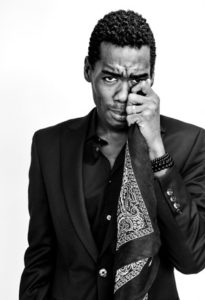 TrunkSpace: What would you say is the greatest strength an actor/actress can have outside of acting ability itself?
John: The greatest strength in knowing yourself. It’s easy to get lost in trying to figure out why I didn’t get cast in something or why agents and managers aren’t banging down my door. That coupled with the endless flow of rejection could make me go crazy, but I decided to enjoy the process. My first acting coach John Pallotta told me to enjoy the journey of acting and not the destination and that has totally changed how I view my pursuit of acting. I love what I do, so no matter what happens, I’m moving forward.

The desire to act coupled with my hobbies and a support system keep me going. I enjoy travel photography, creating apps, weekend getaways as well as working out. I try to immerse myself in culture by attending various events, museums, etc. Trying new things and experiences will strengthen a character and it’s helped me a lot with expanding my world. Being open to new experiences has shaped me as a man and as an actor.

TrunkSpace: What is your ultimate dream when it comes to your acting career? Where would you like your path to lead?
John: My ultimate dream is to be a full-time actor acting in independent, major studio films and prestige television shows. I’d love to be that actor who travels to far off places to create characters and has a filmography of great movies. My ultimate dream role would be to portray 1970s disco star Sylvester in a gritty independent feature length biopic, or Oprah Winfrey plays my mother.

TrunkSpace: What advice would you give another young aspiring actor/actress who is considering moving away from home to pursue their dream?
John: Plan. Having a plan is better than no plan. There are performers who come here with $200 and a dream and that’s great, but I could also imagine very stressful. Doing research on areas, possible ‘pay-the-bills’ jobs, it helps make the transition a little smoother. A car (even if cheap) will make it so much easier to hop from auditions, to sets, to work, to home. And if you can, have some money stashed away. Lastly, dream big and build momentum; no one has overnight success.