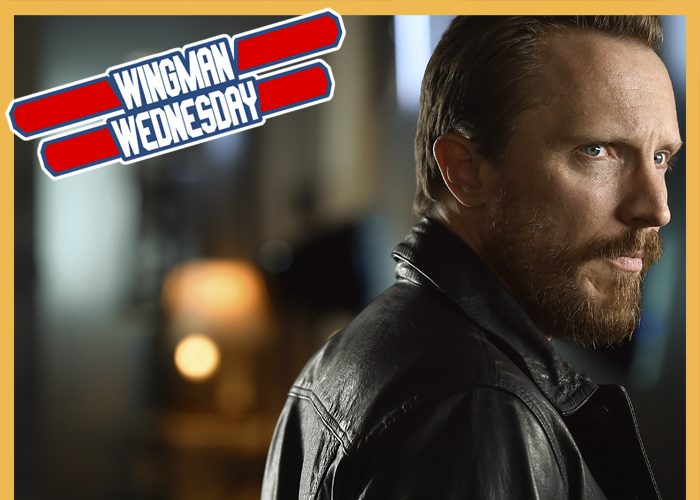 As Matice on the Amazon Prime Video series “Jack Ryan,” John Hoogenakker is the kind affable bad ass that you want to battle alongside of and then have a beer with, and that’s not because he’s the costumed king responsible for making “Dilly Dilly” a part of the pop culture lexicon. A versatile performer with a seemingly limitless character reach, the actor is an on-screen chameleon poised to pop the top on his already fizzing career.

We recently sat down with Hoogenakker to discuss the chance to dig deep in television, reveling in the way Matice fills his space, and why some people who wear his likeness on a T-shirt don’t necessarily recognize him in real life.

TrunkSpace: You always bring memorable characters to the screen, John. Do you approach finding each character – uncovering who they are – in the same manner each time or does each character require a different path?
Hoogenakker: That’s very kind, thank you! Getting to play roles that are different from one another has been one of the great blessings of my career. With each role, you get to explore a different facet of your own humanity, which hopefully makes you a more fully rounded human being. I do try to look at them as completely different people, though, and I do my best not to ‘fix’ the character, which is to say I don’t want to necessarily wrap them up in a neat little bundle to make them more palatable to the audience.

TrunkSpace: Your new project “Jack Ryan” feels more like a film than a television series. As someone who has worked in the industry for over 10 years, is it exciting to have seen television storytelling mature and become so much more character-driven?
Hoogenakker: Oh man, without a doubt! The opportunity to see an arc expand and grow and mature over many episodes and seasons is the ultimate gift for an actor. So much of that, though, is up to the writers and creators. As actors I think we’re always waiting for another opportunity to go as deep as we can.

TrunkSpace: “Jack Ryan” has a real buzz surrounding it since it was first announced. As an actor, is it difficult to not get swept 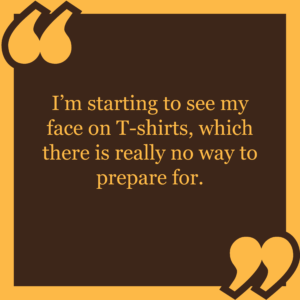 up in that excitement and place your own individual expectations on a project prior to its release? How do you manage that “will it” or “won’t it” when it comes to a series or film finding an audience?
Hoogenakker: That’s a great question. There have been some wonderful projects that I’ve gotten to be a part of in the past, and I’ve learned over time that I do my best work when my primary focus is on connecting with the other people that I’m working with. Essentially, I try to do the best I can to be connected and to behave like a real human, and leave it all on the field. It is certainly gratifying, though, when people respond favorably to something that you’ve put so much time and effort into.

TrunkSpace: In the series you play Matice. What was it about this guy, a block ops CIA bad ass, that intrigued you when you first read him on the page, and how did he develop into what we ultimately see today in Season 1?
Hoogenakker: I really enjoyed the way the guy filled his space, and his comfort level with his work. One of the first scenes I read of his was when he was giving Jack a primer on how to load his weapon and chamber a round, and it just felt so casual. Which is of course how it would be for a person who lives and breathes the realities of armed conflict on a daily basis. When John (Krasinkski) and Wendell (Pierce) and I met each other, we kind of hit it off right from the start and had a lot of fun working together, which I think translated into them allowing me more wiggle room to find as much humor as I could.

TrunkSpace: It seems like everything about the character needed to be researched, from the way he moves into a room or the way he holds his weapon. What is that detailed research like and does it help you better understand who he is, not just how he exists within a particular circumstance?
Hoogenakker: The research began the very first day I arrived on set in Montréal and met our technical advisor, Kevin Kent. We started by working on drills with the M4 and practicing how to clear a room and move with the weapon. Beyond that, I feel that some of the most important research I got to do was more passive, and came with the time I spent hanging out with Kevin and the rest of the advisors on the project, all of whom had been career Navy SEALs. Just the way that people who have been in dangerous situations, and had one another’s backs for years, interact in regular social settings. The way that they joke with one another was probably my favorite aspect of my time with them.

TrunkSpace: As stated, Matice is pretty bad ass. What have family and friends thought of your portrayal? Would they say that playing a bad ass is in line with who you are in real life or a far cry from the John they know?
Hoogenakker: It’s funny, though I am definitely not a Special Ops bad ass in real life (and only play one on TV), I’ve had lots of friends and family reach out and talk about how close they feel Matice is to me, which has been a first among the roles that I’ve played.

TrunkSpace: You also have some great lines/quips within the series. As an actor, can you get a sense of a line when you read it in a new script from the perspective of it being dialogue that will stand out with the audience? Is it a gift getting those memorable snippets?
Hoogenakker: I think there are absolutely times when you read the script and things stand out to you as funny, for whatever reason. We all have to be kept in check when it comes to keeping the joke simple, though. You don’t want to put a hat on a hat, as they say. As an actor working in the medium of film and television you really have to take the temperature in the room when you’re filming a scene; for instance, if it makes the crew laugh you’re probably onto something. I think John is hilarious, too, and when I can see that I’m cracking him up, that’s also a good barometer.

TrunkSpace: Speaking of memorable lines… “Dilly Dilly” kind of became a cultural phenomenon. Was there any part of you who saw that coming? Could you have prepared for the type of response that advertising campaign received?
Hoogenakker: No, if you had told me that once “Jack Ryan,” starring John Krasinski and Wendell Pierce, premiered I would also be answering questions about my work in an iconic Bud Light campaign I probably wouldn’t have believed you. The director (Jim Jenkins) and I have worked together a bunch in the past, and I have a lot of faith in his ability to make things funny, but beyond that, we were all blown away by the response to the first spot. I’m starting to see my face on T-shirts, which there is really no way to prepare for.

TrunkSpace: The beauty of that part is that you’re in wardrobe that kind of disguises who you are in real life. Has it been a situation of having your cake and eating it too – you get to be a part of this massive campaign, and yet still walk down the street and have a level of anonymity?
Hoogenakker: It’s so funny you should ask that question. A couple days ago I was walking down the street in Chicago and a guy passed me wearing a Dilly Dilly T-shirt. I thought, you know what, I’m gonna speak to this guy, and see what happens! So as he walks by, I say to him, “I really like your shirt, man!” And he looks right back at me and says, “Thanks!” And just kept walking… at home and in the business it’s different. Family, friends and co-workers love bringing it up, whenever. In fact, when I was introduced at the “Jack Ryan” premiere, Carlton Cuse, an icon, and one of the creators of the show, leaned into the microphone and said “Dilly dilly!”

TrunkSpace: “Jack Ryan” is hitting right now, with a Season 2 already on the way. What else do you want to accomplish in the year ahead? What are some of your goals that you hope you can check off and achieve?
Hoogenakker: I’d love for the notoriety and the visibility of the project to draw attention to the different roles I’ve gotten to play, which people might not even realize were played by the same actor, and to keep challenging myself by playing new and different roles in the future.