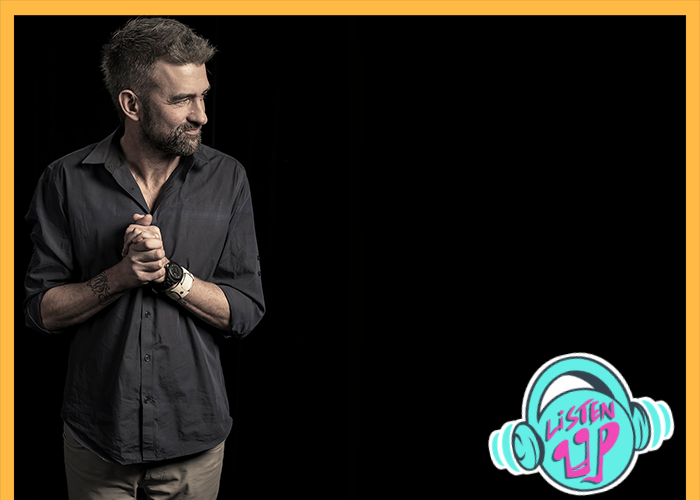 When not fronting The Verve Pipe, Brian Vander Ark is putting out solo albums, but with his latest – Planet Sunday Sessions Vol 2 – the singer-songwriter has amassed a collection of covers that were just as much about feeling good as they were about releasing a good record. From Cyndi Lauper’s “Time After Time” to Peter Gabriel’s “In Your Eyes,” each selection is a comfort song for the soul, and in a year when everyone has been looking for just that, the Michigan native is delivering smiles in the best way he knows how – through music. That’s why we recently down with Vander Ark for a brand new seven question session. 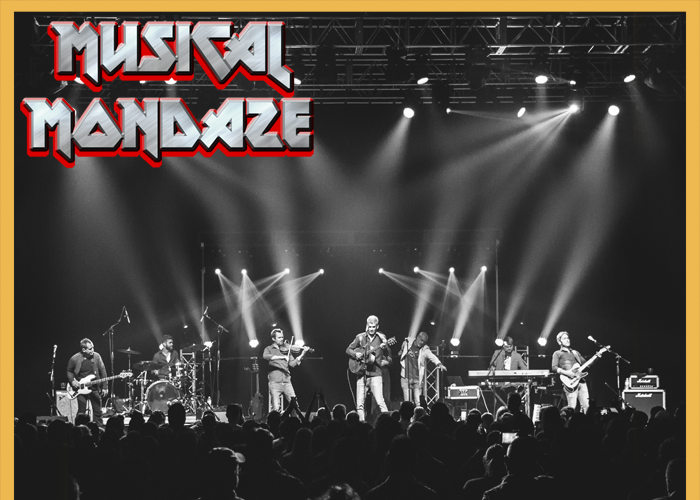 As The Verve Pipe prepares to embark on a winter tour, frontman Brian Vander Ark teases that the band will be pulling double duty, not just entertaining their longtime fans at stops from Richmond to Boston, but writing new material as well.

“This is the year that we’re back in the studio and working on new material,” he says. “We had to take a nice little break in 2018, and actually most of 2017, just to play live and get to know each other again live. We’ve got plenty of ideas now.”

The Michigan-born band best known for their 1997 hit “The Freshmen” has experienced the highs and lows of the music industry, but have proven that perseverance is the best defense against a machine that is so well adept at chewing up and spitting out those whose chase their musical dreams.

We recently sat down with Vander Ark to discuss how he keeps The Verve Pipe fresh after over two decades, navigating the digital age, and what he values as an artist now that his younger self never would have appreciated.

TrunkSpace: You’ve toured the world and have experienced the ins and outs of the industry. When you hit the road now are there still firsts out there?
Brian Vander Ark: I love this question. Good start. It’s never been asked and it’s a good one.

I’d like to think that I’ve seen it all and that, pardon the pun, I knew everything, but I’m always surprised by the people that come out now. The crowds have become more and more diverse age wise. It’s not just the alternative folks that are coming out. We’ve got young people coming out as well. I think that might be reflective of the kids albums we’ve put out and now those kids have grown, so I think that actually helped us exponentially, although it was a happy accident. No one ever planned on that.

Really for me, it’s about cultivating those connections and when you cultivate the new connections, you learn about the fans. We always try to hang out with the fans a little bit after the show or even pre-show. You learn their stories. It’s always fresh.

What’s the same usually are the back rooms and the camaraderie with the band. We’ve got eight guys out and we all know what gets on each others’ nerves and what not to do. (Laughter) Also, we know what pleases each other and know what to do. 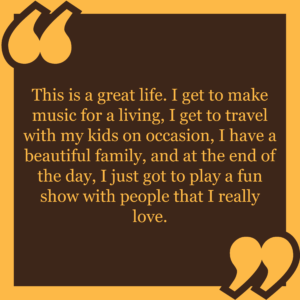 I think what keeps it fresh are the fans. They’re ever-changing and ever-growing and that’s a terrific thing. Also what we like to do is we have people request songs. You put your request in through social media and then we’ll play those requests. We have to sometimes go through our old catalog and relearn songs, so every soundcheck we’ll say, “What’s requested tonight? Let’s work on that,” and we’ll work on the songs through soundcheck. So, we try to keep it as fresh as possible.

TrunkSpace: You mentioned cultivating the connection with the fans. It seems like nowadays, especially with many of the younger bands, they rely so heavily on social media to do that and the personal connection of it is lost. It sounds like you guys are making sure to put yourselves in front of the fans as well.
Brian Vander Ark: Yeah. I’m probably one of the few out there that will say that social media, I think, is way overrated. Maybe I’m not the only one that says that – maybe there are other people that say it – but I’ve felt that way over the course of the last three or four years. I’m very resistant to expectations that come with posting on social media. A good example is in your Twitter feed. If they don’t see it, they don’t see it. No one is going to find out what The Verve Pipe or Brian Vander Ark has to say by going to the feed and looking at it, you know? It just comes up. And that’s the way that Facebook is as well. You have to go to the page. So, I rely heavily on our mailing list and I rely on meeting people at the shows. I think that’s how you cultivate connections. I don’t know how you cultivate it through social media. I haven’t figured that out yet and I don’t know that I ever will. I just think there’s something that gets lost in the digital age and I’m just not seeing any fruitful results. Where it was fruitful was when we released “Parachute.” We released every song individually every two weeks and that was very successful for us. But as far as cultivating any connections, I’m not sure that really works.

TrunkSpace: Most people would never say, “Wow, I really remember that time Brian posted that thing on Twitter,” but they’d say, “I remember that time Brian took a few minutes to talk to me after the show and it made the show more memorable.”
Brian Vander Ark: That’s exactly right. That’s exactly what the important thing is, I think… dropping that barrier between the fan and the musician, or the performer, the actor, anything, and just letting the curtain down. It really ingratiates you with fans, I think.

TrunkSpace: Are albums a bit like chapters in your life and do you associate them with memories even more so than just the years themselves? Do they become pieces of your own personal calendar?
Brian Vander Ark: That’s exactly what they are. I couldn’t have said it better. They’re memory albums – our own scrapbook. It’s probably every five years or so I’ll listen to an early album and just get a great laugh out of it and chuckle out of it just because some of the songs on the first couple of albums are just terrible – the production and knowing what we went through and stuff, but I get a good kick out of it now.

There was so much good and so much bad that happened once we got signed with RCA within such a short period of time. We’re talking, in 1998 I think, we were on top of the world and by the end of 1999, we barely sold 7,000 or 8,000 records of our follow up record to “Villains,” which sold almost two million. So there’s top and bottom right there, you know? I think the trends had changed with Kid Rock and Limp Bizkit. It just goes to show that those changes happen and to enjoy that moment. When I listen to the albums now or listen to those songs now and we play those songs I go, “Oh man, I had such high expectations for this song and for this album.” Though it’s disappointing, it’s nice to be able to play them and be able to say, “Wow, this is a really great song that really was lost in the masses.” Which if it’s lost in the masses, that doesn’t necessarily mean it’s not valid. A good song is a good song and people have discovered, years later, some of our material and they were like, “I had no idea that you guys even did this song.” “Colorful” is a great example. To this day, I still have people come up and say, “I had no idea that was you guys.”

TrunkSpace: You mentioned looking back over your music. If you could sit down with young Brian when he was first picking up a guitar, would he be surprised by how your career played out and the musical journey you’ve put yourself on?
Brian Vander Ark: Yeah. First of all, he would be surprised that I’m not coloring my hair anymore probably. (Laughter) I think he would be disgusted with the way my head looks right now. (Laughter) “This is ridiculous!”

That’s another great question. I got to say, I think yes. I think we always expected once we got signed to a major label that that was our ticket for the rest of our lives. You don’t realize that if you don’t get the priority of the label, you’re dead in the water. You just assume, “Well, we got signed now, here we go. We’re gonna go out and do this.” And then when it’s confirmed with your first single… “Photograph” did pretty well for us. We made a video and then made a second video, and then “The Freshmen” came out and was huge for us. Then you’re like, “Okay, this is never gonna end.” And even though I had seen every episode then of “Behind the Music” and I watched every warning sign come at me, we followed every cliché and wrong turn possible. That’s the one thing that would surprise me. “Wow, I really fell for all that.” That’s what my young person would say.

What I would like to say to that person though is, “You take it way too seriously.” This is a great life. I get to make music for a living, I get to travel with my kids on occasion, I have a beautiful family, and at the end of the day, I just got to play a fun show with people that I really love. That’s something that I wouldn’t have valued 25 years ago. There’s no way I would’ve valued that then.

TrunkSpace: And what’s really amazing is that some of those people that you’re playing to have been with you, supporting your music, for decades.
Brian Vander Ark: Oh, absolutely. I travel the country and do speaking tours as well, and I have a lot of people that say, “Oh my God, I totally know that song!” I go into financial industries and talk to their people about refocusing, rebranding, reinvention, and cultivating connections – that kind of thing – and at least three quarters of the room has already heard of the band, no matter where I am in the US. I still marvel at that. “It’s really pretty amazing that 75 percent of the people here know who The Verve Pipe is.”

Unless they’re confusing us with The Verve, but I never asked. (Laughter)