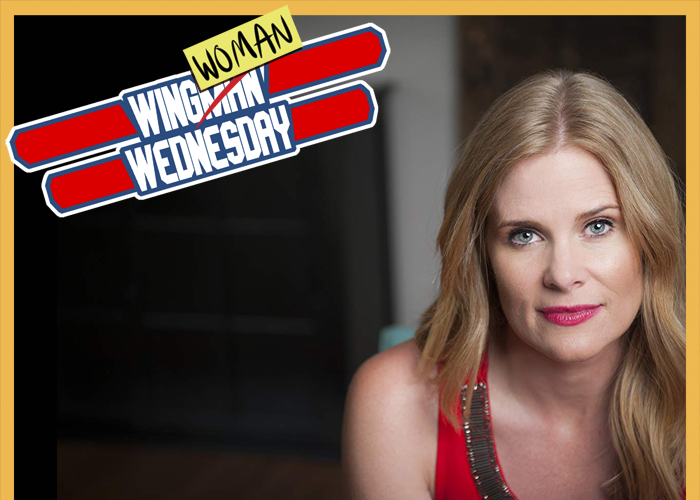 Although she didn’t pursue a professional acting career until she entered her third decade of life, Audrey Walters never felt like she missed out on any opportunities. In fact, focusing on family and her own personal growth throughout her 20s put her in a position to fully inhabit her characters and understand exactly who they are.

We recently sat down with Walters to discuss the legacy of the western as a genre, why her character breaks the madame mold, and what it was like to have George R. R. Martin show up on set.

TrunkSpace: Your new movie “Big Kill is a western. From a performer’s standpoint, in terms of inhabiting an imaginary world, there’s got to be nothing better than a western, just because it’s so “classic Hollywood”? Between wardrobe and the set, it must be easy to escape into that?
Walters: Oh, absolutely. That film was a blast. And you said it all – the wardrobe that I got to wear was phenomenal. I just couldn’t wait to go to set each day and see what was hanging in my trailer.

TrunkSpace: And as far as genres go, it’s been around since the start of the medium. It holds a special place in the world of pop culture.
Walters: Yeah, that’s right, and especially because the place we were filming is a historic film set, right outside of Santa Fe, New Mexico. So it was kind of cool to look around and know that the amount of films that have been made there. There was definitely something sort of sacred about it.

TrunkSpace: The cast of the film is great, too. If this came out 20 years ago, it would have received a big theatrical release. Now there’s so much quality content circulating everywhere with great casts.
Walters: Absolutely. Yeah, the people that we worked with, we had so much fun. It’s always different to be on location when you’re making a film anyway, because it’s kind of like being at summer camp – only it was freezing. I have to say that. It was freezing. (Laughter)

TrunkSpace: It’s not supposed to be freezing in a western. Well, at night is okay. 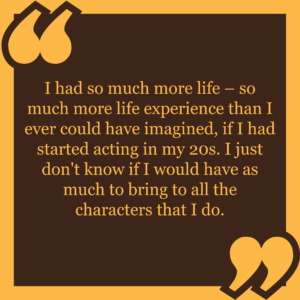 Walters: (Laughter) Yeah, exactly. But you know, whenever you’re filming, you’re just in this whole different world. You’ve been through this huge experience together, like I said, that’s why I can relate it to summer camp. And then when you say good-bye to everybody and everyone goes back to their lives, you’re kind of like, “Aww…”

TrunkSpace: It’s a bit like you’re living in a bubble for that period of time.
Walters: Exactly. And we were all staying in the same hotel, so on our days off, it was like, “Okay, what are you guys doing? What’s going on? What can we do around here?” It was a lot, a lot of fun. I’m really grateful that I had the experience, for sure.

TrunkSpace: What did you enjoy most about inhabiting your character, The Madam?
Walters: I loved how strong this madame was. You hear madame in the whorehouse and you think, “Okay, I can pretty much know what that’s going to be like.” But the character I played, she ran things. She ran things around there. And she definitely had some power, and it came through in a lot of the scenes that we had.

TrunkSpace: What for you was the most memorable moment for you throughout the shoot, something that you’ll carry with you through the rest of your career?
Walters: Oh, it was so many. I would say the collaboration involved in this project. Everyone had each other’s back. There were no huge egos on the set, even though there could have been. There really could have been! All the stars who we were working with were kind and generous and super down to Earth. And the leadership. You know, the leadership on the set always sets the tone for every single person there, and I just felt like they were all really amazing role models.

TrunkSpace: And that must be really beneficial when you’re on location.
Walters: It was. It definitely was. And you just create these friendships, too. It was just a really special moment. Another neat thing is George R. R. Martin came to visit our set one day. We had a lot of fans on set. He was there just hanging out. He wanted to see how things were going. That was a pretty memorable moment too.

TrunkSpace: And then of course, after that, every character in the movie has to die off, because you know, his presence.
Walters: (Laughter) But of course. I think it was a day where we had a shoot out.

TrunkSpace: There you go! He’s like the grim reaper for fictional characters. (Laughter) Is it exciting to be working today, acting, when there is just so much great content available to not only viewers, but to the performers working in them? 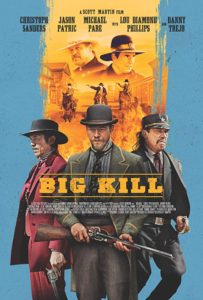 Walters: Oh, absolutely. There is so much content out there, and so much high quality content. So, there are a lot more opportunities than there have ever been. And in particular, for me personally, being someone who’s kind of a middle-aged woman, you would think that there isn’t that much for me, but there really is. There’s a lot out there. I love that a lot of the content that’s being created too has a lot of mature characters.

TrunkSpace: And as you get older, those characters must get more intesting.
Walters: Oh, absolutely. I didn’t start acting until I was in my 30s. I had so much more life – so much more life experience than I ever could have imagined, if I had started acting in my 20s. I just don’t know if I would have as much to bring to all the characters that I do.

TrunkSpace: And as we all get older, we get more confident in ourselves and our abilities. When you’re in your 20s, it would probably be easier to take the rejection side of the business personally.
Walters: Yeah, no kidding. Having a life, having other things going on in my world, I just don’t take it personally anymore. If I end up not getting something, I’m like, “Okay. Oh well. All right. I got other things to do.” I worked with a lot of kids, who are kid actors, and I’ve coached a lot of kids along the way in the years, and that’s one of the biggest parts that I try to explain to them and advise them on is just, “Try your best not to take these things personal.” Because you just never know. And there’s also just a lot of faith that has to go into having this career path for yourself. I mean, like you said, there’s so much content out there, and I just kind of have to have some faith that the right project will come my way.