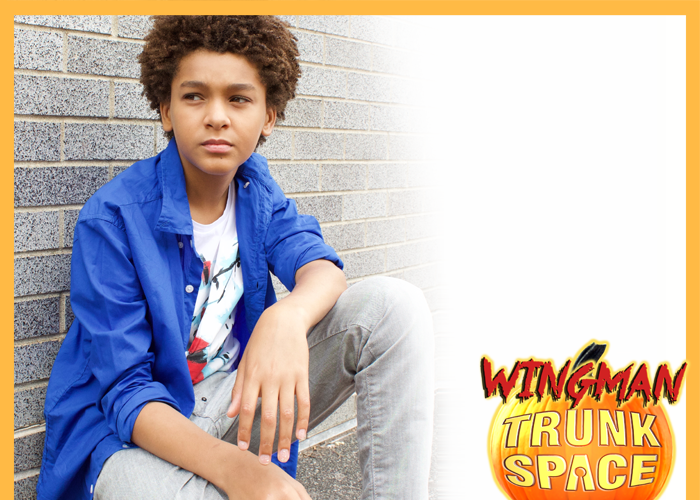 Some teens are wise beyond their years. Talented young actor Jaden Michael, a fan of David Lynch projects, is a shining example of that. His new film “Wonderstruck,” which received an extended standing ovation at the Cannes Film Festival in May, perfectly highlights his natural onscreen charisma and ability to tap into a character. Costarring Julianne Moore and Michelle Williams, “Wonderstruck” arrives in theaters this Friday.

We recently sat down with Michael to discuss his process of connecting with a character, why he doesn’t view acting as work, and what he’d binge watch if he had an entire day to himself.

TrunkSpace: You started your career very young. As you’ve grown up, have you found yourself enjoying different aspects of acting and the process than you did when you first started out?
Michael: As a child, I really enjoyed going to the auditions and memorizing. As far as I remember, I had a lot of fun working on “Sesame Street” and things like that, but now it’s more serious. For me it’s not just about being myself anymore – now it’s about creating the characters and becoming the character, so it’s more serious.

TrunkSpace: When you’re going through the process of finding a character, what approach do you take?
Michael: I like reading between the lines and imagining, what does the character like to eat, or, how does he walk? If it’s a period film or TV show, I like to research a lot about that time period and that era, and just what the character is. Every character is different. You have to be prepared and research the characters, and really know about the person and the time period.

TrunkSpace: Which was the case with your new film “Wonderstruck” because your character’s story is based in 1977. What was that experience like?
Michael: It was wonderful. Right before shooting “Wonderstruck,” I worked on something called “The Get Down” with Baz Luhrmann, which was also based in 1977. It was nice to see the big differences between the two sets. In “The Get Down” they really wanted to show the bad and the rough side of New York City, but for “Wonderstruck,” I really loved how it showed the people. The costume designer, Sandy Powell, was just excellent. She put these masterpieces together. You had the people walking around in polyester. Everyone was without underclothes, which was funny, because apparently that’s what they used to do back then. (Laughter) 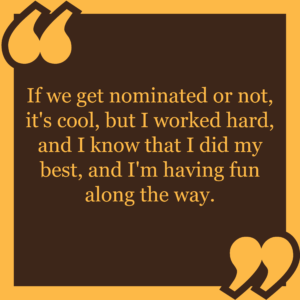 transformations of the crew from this 1977 style to this 1927 style was… we’re taking out all the Chevrolet’s and we’re putting in Ford Model T’s, things like that, and everyone is dressed up. It really helped me as a character really feel like if I was in that time period, because I’m looking at what’s going on.

TrunkSpace: What was the most challenging aspect of playing Jamie in the film?
Michael: It was a lot of fun, but something that was challenging to play with the character was the fact that he happened to interact and talk with a deaf person. Oakes Fegley is not deaf, but he had to play one, and he did such a great job. When we’re trying to communicate, he’s a late-deafened, so he can speak but he can’t hear, so I would have to write something down to ask him a question. He would speak and then I would have to reply in writing. That was kind of difficult, but a lot of fun as well. It was just interesting to create, basically, a new language with someone. It was a lot of fun to work on it. It helped that we were really close and we were good friends.

TrunkSpace: With a project like “Wonderstruck” or any project that you’re working on, do you view them as an education as well, especially when you’re working with people like Julianne Moore who has been acting at such a high level for so long?
Michael: It was a great honor to work with Julianne, and with Todd (Haynes). Just being around her made you feel like, “Wow, it’s really important to stay humble.” This is someone who is an award-winning actress, and she’s so very humble and down to earth, and I really love that about her. And Todd, he was always telling us to stay focused, and giving us advice for the characters and things like that.

I don’t really see acting as a job, I see it more as a… it’s fun, you know? And very educational. For instance, on this set I learned sign language. I didn’t know much about deaf culture or deaf history. Learning about their culture, and now learning sign language, it’s a lot of fun and very educational to know this language, that way I’m able to have conversations with people I probably wouldn’t be able to otherwise.

TrunkSpace: “Wonderstruck” is generating some real buzz as it gears up for release. How do you stay grounded and focused on your work and the fun of the job as the buzz builds?
Michael: It’s not something I really focus on. For instance, a good friend of mine, director Jim Jarmusch, when the film went to Cannes Film Festival I was telling him, “Oh, I hope the film wins.” Jim was kind of like, “You know, if it doesn’t win, it’s fine. You guys got the buzz. You went to Cannes. Enjoy it. It’s not about winning or losing. It’s about enjoying the journey.” That’s something that I really took with me and I’m keeping the same kind of mindset. If we get nominated or not, it’s cool, but I worked hard, and I know that I did my best, and I’m having fun along the way.

TrunkSpace: So are you somebody who focuses on the present – the projects you’re working on now – as opposed to what those projects will lead to in the future?
Michael: A little bit of both. I like to think about, “Oh, maybe this will happen, or maybe this will happen.” And then at the same time, I also like to think, “Okay let’s stay present. Let’s stay grounded. Let’s stay on the ground.” But then at the same time I wanna get into my little rocket ship and go “Yay!” (Laughter)

TrunkSpace: You’ve done some work in voice acting as well. Is that something that you’re going to continue to pursue?
Michael: Yeah, I love doing voice acting. It’s a lot of fun, because even though your face is not being seen, you still have to deliver it that way. You still have to make the voice sound that way. I recently did something with Lesean Thomas called “Children Of Ether.” That was a voiceover, an anime, actually. That was a lot of fun.

TrunkSpace: Finally, Jaden, if you had a free day to lounge around and do whatever you wanted in terms of catching up on TV or movies, what type of stuff would you binge?
Michael: If I had a whole day to relax, I would probably go skating with a couple of my buddies and then probably fly my drone around, but I would love to catch up on some movies. I would wanna watch “Blade Runner 2049.” I love the original “Blade Runner” movie. I would watch some stuff from David Lynch. I like a lot of his original works. I would watch the new “Twin Peaks” series, just to catch up on that. And when “Stranger Things” comes out, I can’t wait, because my friend Caleb McLaughlin is on there, and I’m really proud of him, so I can’t wait to watch it.

TrunkSpace: Yeah, when that new season comes out, it will be impossible to get a hold of anybody for the entire weekend.
Michael: (Laughter) Right. Everybody’s gonna be doing the five-day trial of Netflix.

“Wonderstruck” arrives in theaters on Friday.