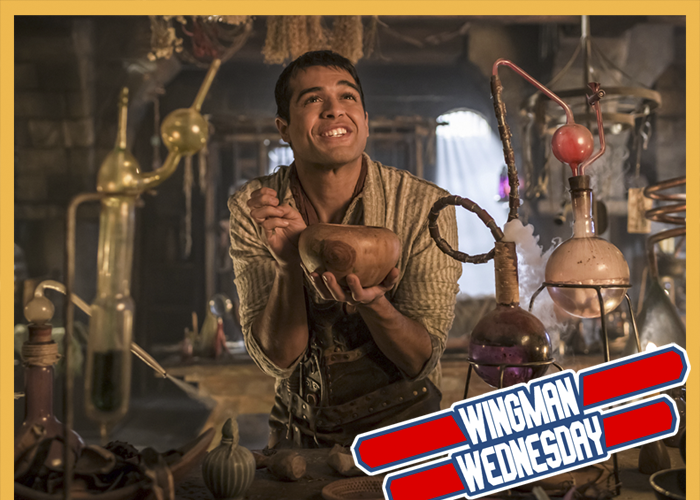 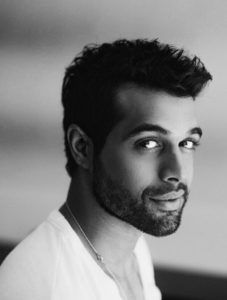 For Anand Desai-Barochia, the journey to landing a role of substance – in this case, Janzo in “The Outpost” – was a long and winding road, but like so many things in life, the good always comes to those who wait.

“Being an impatient creative, you always hope it happened faster – quicker,” he said in an exclusive interview with TrunkSpace. “I wont lie, I’m glad it didn’t happen straight away. Now I genuinely appreciate the work I have because it wasn’t handed on a silver plate.”

We recently sat down with Desai-Barochia to discuss post-production llamas, growing with a character, and the joy of eating affordable truffle gnocchi.

TrunkSpace: We previously spoke with your “The Outpost” costars Jessica Green and Jake Stormeon during the series’ Season 1 run. Now that you’ve wrapped up Season 2, what can you tell us about how this show has impacted your life and career the most? Has it brought substantial change to your door?
Desai-Barochia: Firstly (is firstly a word?) I’d like to apologize for your interaction with my cast mates. I know how tedious they can be. Now to the question at hand. “The Outpost” has allowed me the fortunate privilege to now only spend my time on material and projects that truly interest me. Like most actors, before landing something of substance, I had to audition for anything and everything, even if the casting breakdown said “60-year-old Chinese man with a pet llama.” Because, you never know. I’m brown – they could always FX in a llama.

TrunkSpace: Playing Janzo is the longest time you have ever spent with one character on screen. What is that extended journey inhabiting one character like? Has who you understood Janzo to be changed from that moment you first signed on to play him to where he is today 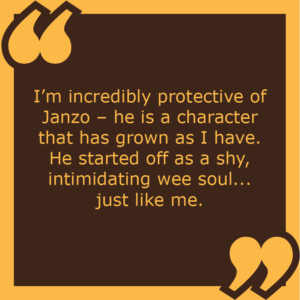 throughout the course of Season 2?
Desai-Barochia: Before “The Outpost,” I always thought that I preferred film over TV – purely for the fact I could see a character through from beginning to end. Now in our second season, my thoughts on this are definitely changing. I’m incredibly protective of Janzo – he is a character that has grown as I have. He started off as a shy, intimidating wee soul… just like me.

I could be wrong, but I do believe our shows’ creators have adapted our roles to the actors that play them. That being said, the more you know your character, the bolder you can be in your choices. The beauty we have as a show is that it is completely original material. The show isn’t based on any film or book series. All of the characters have changed and grown since Season 1.

TrunkSpace: You have said that the writers of “The Outpost” have given you the freedom to help sculpt Janzo and make him your own. What is an element of him that you knew you wanted to bring to life, and that perhaps was not initially intended for the character?
Desai-Barochia: It might have to do with having a British sense of humor – and maybe something our writers at first didn’t intend on, however, the second I read Janzo’s lines in the pilot, I immediately read them as him being extremely dry and blunt. I’ve always seen him like that – now it might not have been how the writers initially saw him but I’m glad they’ve allowed me to run with it.

TrunkSpace: We would imagine it can be both exciting and (possibly) nerve-racking to receive new scripts, not knowing ultimately where your character will go on both his personal journey and the narrative journey within the series. Does a moment come to mind where you were reading a new script and got so excited by what you read that you couldn’t wait to get to set and shoot it?
Desai-Barochia: The scene where I killed Garrett was particularly exciting to shoot.

TrunkSpace: For fans, the final product of a film or series is always the most memorable part, but for those involved in a project, we’d imagine it goes much deeper than that. For you, what is something about your time working on “The Outpost” that you’ll carry with you through the course of your life/career?
Desai-Barochia: It sounds corny but its true; my relationships I’ve built with cast and crew. It happens with every job I’m on – whether it’s being a receptionist behind a desk, or having a show shooting in Serbia, the people are what I value the most. To this date, some of my closest friends are from work.

TrunkSpace: You had previously worked on “Day of our Lives” for a few episodes. Soap operas are known for their breakneck shooting schedules, so we’re curious if getting to spend some time on an established one like Days served as a bit of a boot camp of what was to come for you later in your career?
Desai-Barochia: Days is a beast I’ve never been part of before. Marnie Saitta watched/read an interview of mine that I tagged her friend in on social media so more eyes would see the piece. She requested I come in to meet her, so I guess it kinda worked. I wouldn’t have the balls to do such a thing now. I guess when you’re eager for work, unemployed, you’ll try anything. I ended up playing a one liner for a few episodes after.

I remember walking onto the NBC lot just grinning from ear to ear. My first gig in the States. Walked onto set – director showed me my movements, rehearsed it. “OK! Thanks for your work today!” That’s how quick it was. I thought the take was the rehearsal. After pumping myself up for the last two days for this “big break” it was over in five seconds. I didn’t even have a TV at the time it aired. I went to the gym and watched my one line on the treadmill, grinning like an old lady with no teeth. 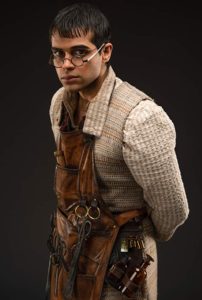 TrunkSpace: You fell in love with acting when you were 10 years old. What would 10-year-old Anand think of his journey as a professional actor thus far?
Desai-Barochia: He’d be pretty chuffed. However, it’s actually the opposite for me – I look back on some of the things I did before getting steady work and wish I was more like that guy. He was fearless. I’m still pretty spontaneous in life; I’ll always have my passport in my back pocket just in case an adventure pops up.

Professionally, it took a lot longer than I thought/hoped it would. Folks always say it takes 10 years after you have graduated theater school to start getting the real work. I graduated in ‘07. I booked my first series regular in ‘17… so they weren’t wrong. Being an impatient creative, you always hope it happened faster – quicker. I wont lie, I’m glad it didn’t happen straight away. Now I genuinely appreciate the work I have because it wasn’t handed on a silver plate.

TrunkSpace: What has been the highlight of your career thus far?
Desai-Barochia: Eating truffle gnocchi twice a week for $7.00 in Serbia.

TrunkSpace: Time machine question. If you could jump ahead 10 years and get a glimpse of what your career looks like a decade from now, would you take that journey? If not, why?
Desai-Barochia: I wouldn’t. Nerves/apprehension/flutter in your stomach/not knowing if it’s going to work out. That’s what keeps me on my toes. I think it’s always good to not be so sure of yourself.