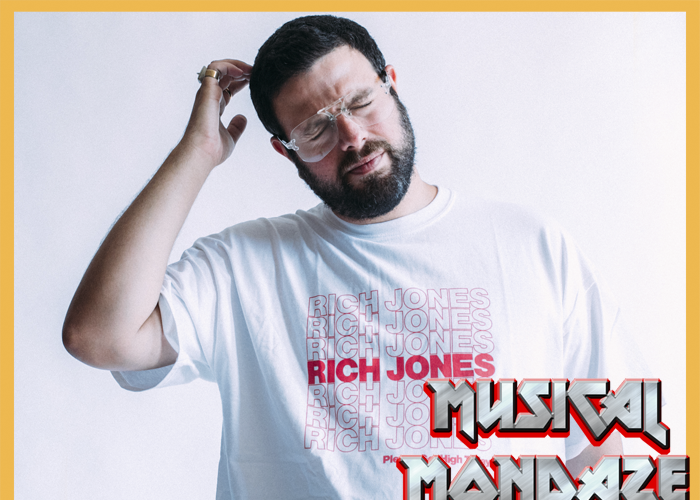 Like a phoenix rising from the ashes, Rich Jones, a prolific creative figure in the Chicago hip-hop scene, turned a series of personal hardships into the artistic fuel he needed to get his music career back on track. Setting a plan in motion, Jones left no stoned unturned, reconnecting with producer Ryan Lofty and exploring a more pop-infused aspect of his music. That eventually lead him on the path towards his latest album, “The Shoulder You Lean On,” which he is self-releasing tomorrow.

We recently sat down with Jones to discuss silver linings, creative rediscoveries snatched from the jaws of defeat, and how he has learned to trust in his abilities and not give into his fears.

TrunkSpace: You’re based in Chicago, which is a city rich in musical history. Does a city – a musical scene – directly influence an artist and how has Chicago influenced you?
Jones: From my experience, very much so. From the age of 14 on, I was very gung-ho about supporting what was happening locally, particularly in Chicago’s underground hip-hop community. I was enamored by not just the music but also the idea that the talent from my city merited the attention and accolades that a larger audience could provide even if the spotlight seemed to more often then not fall just short of us. The silver lining that comes from an environment like this is it puts the onus on rolling up your sleeves and doing things for yourself. I feel like pre-internet it manifested itself in a more dog eat dog sort of way, but I’m thrilled to say that this has changed immensely in recent years. People have begun to see the strength in collaborating and supporting one another, so it’s a very exciting time for us.

TrunkSpace: When you first set out to give life to “The Shoulder You Lean On,” what were your overall goals, and when you called wrap on the production, did you achieve those things you set out to do?
Jones: Initially, whether I was in LA with J. Kelr or was receiving production via email from him, I was mainly focused on creating a reservoir of records. Eventually, I realized that we actually had a project on our hands! From a creative/writing perspective, I wanted to earnestly address some of the changes that have happened the last few years – I’m older, slightly “wiser”, I’m a bit more settled then I was even a year ago, and most importantly, I’ve made great strides as a lyricist. I would say I achieved that with this album.

TrunkSpace: What are you most proud of with the album?
Jones: I’m proud of the fact that I feel like we crafted something that’s eclectic and truly reflective of where we are not only as artists but also 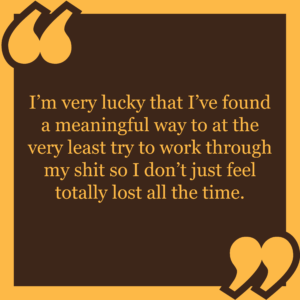 as fans of music. Both of us have catalogs that initially were primarily rooted in hip-hop but we’ve branched out considerably over the years. This project tips its cap to our previous work while also acknowledging who we are now!

TrunkSpace: The album talks about the various paths that life can take, often heading in directions that we’ve never expected. Where has your life and career zigged when you intended it to zag?
Jones: I was seriously considering moving from Chicago four years ago to see how I might be received elsewhere. I’d spent some time in New York and was also looking into what living overseas might look like. That all ended when some unexpected financial hardships befell me out of the blue. I was pretty devastated. I’d been feeling a little stuck but now I felt I’d hit a very serious wall. After living in a daze for what felt like an eternity, it was time to make a plan and get things back on track. I did the only thing I knew how to do and threw myself into making records, calling in favors as I went. I also made a call to my friend Ryan Lofty, a producer who has had great success in sync/licensing, to see if he was open to bringing me in to work on music that we could pitch for placement. He enthusiastically said yes, thus beginning what would be the first of several sessions that would see us explore a more pop-oriented side to my music. This would eventually become the “VEGAS” EP, a project that would in many ways set me up for where I’m at today. From the jaws of defeat, I truly snagged the W.

TrunkSpace: When discussing topics through music, particularly those heavy life subjects, does that become a way for you yourself to process the many questions we (as humans) have on a day to day basis?
Jones: 100 percent. I’m very lucky that I’ve found a meaningful way to at the very least try to work through my shit so I don’t just feel totally lost all the time. And catharsis doesn’t just come from the act of making the song; it can also be from the dialogue the music generates, whether it challenges or supports the message at the heart of it all.

TrunkSpace: What aspect of songwriting do you enjoy the most and what do you struggle with? Where are you hardest on yourself in a creative capacity?
Jones: I love the moments where I know I’ve finally articulated something integral to my experience as a human and get even more excited by the prospect of other people being moved similarly. On a more light-hearted tip, I heavily appreciate people having fun with words. (A big reason I was so attracted to hip-hop in the 1st place.) My biggest struggle and the thing I’m hardest on myself is trying to find words that are unique without being overly complicated. I hate the idea of dumbing something I’m writing down too much, but I also don’t want to confuse people if I can avoid it.

TrunkSpace: We love great music, but we also love great lines – lyrical snippets that stick with you beyond the macro of a song or album. What is your favorite line from “The Shoulder You Lean On” and why?
Jones: Off of “Drone Kids,” I say, “I’m fighting hard to not feel paralyzed by the weight that I put in my stride/You see I’m fighting hard, for a piece of paradise and bad news don’t go down nice.” I’ve worked very hard over the years to earn my place in a highly competitive environment. Part of that was learning how to trust in my abilities as an artist and as a person and not play scared or give into my fears even in the face of adversity. 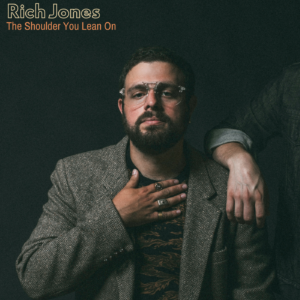 TrunkSpace: We started our chat by talking about Chicago and local music scenes. As a career progresses and a fan base grows, does it become difficult for a single city to support the music? Does it become a juggling act to nurture a career within a scene but not to over saturate?
Jones: It depends on where you are and what your goals are. I feel like in Chicago, there’s a higher level of diversity in our artistic communities then a lot of places. This means there are more groups of people to do your thing for and lessens the chance of over saturation since you have options! Where over saturation occurs is when you’re trying to appeal to the exact same group of people every time. Sure you might develop a die hard following, but unless you’re really mixing it up, enthusiasm can wain. For me, I’ve always felt inclined to explore what’s out there and to do my best to put myself in new spaces whenever possible. Even so, I have felt more pressure to be selective with the events I agree to perform at. If I’m on a bill, I want to be respectful of the opportunity and make sure I carry my weight on the promotional end.

TrunkSpace: You are very involved in the community and politics. Given how divided we are right now as a country, is one of the benefits of this period of social uncertainty that it is inspiring musicians and artists to say more? Are there more voices speaking up today than there were even five years ago?
Jones: Artists have been vocal about the issues plaguing this country long before what faces us now. If them speaking on the causes they’re passionate about inspires more people to challenge the status quo and push for a real transformation of this country and world, I’m all for it. It may be that more people are indeed sharing their opinions, but I do know that the platforms available to artists now allow for their opinions to be far more widely disseminated then five years ago.

TrunkSpace: Beyond the release, what’s next for you as we finish out 2018 and look forward to the new year?
Jones: I’m looking forward to hitting the road a little bit and getting back in the studio to make some more records/finish up some things I’ve put on hold while I’ve been getting “The Shoulder You Lean On” ready.

“The Shoulder You Lean On” is available tomorrow.