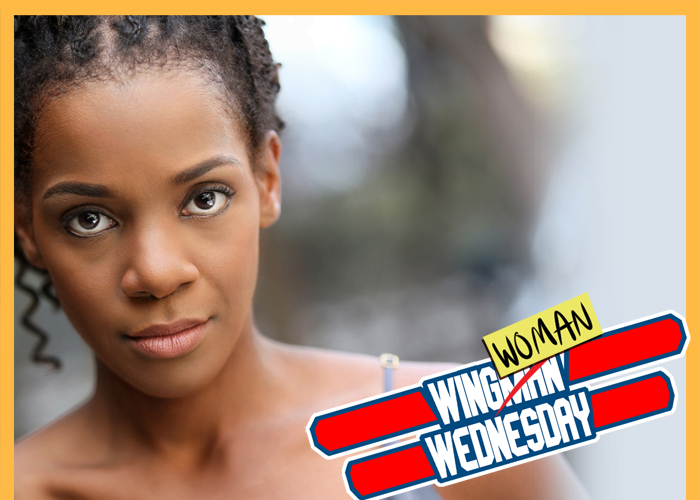 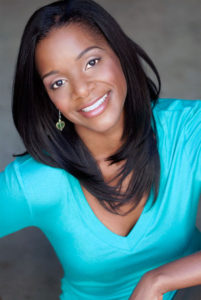 Many young people with aspirations of becoming a professional actor dream of one day having their talents recognized with an Emmy nomination. Not many of those future award ceremony scenarios involve zombies.

The “Fear the Walking Dead” companion web series “Passage” was recently nominated for an Emmy in the new Outstanding Short Form Comedy or Drama Series category. Even more amazing than a genre show being recognized is that series star Kelsey Scott was also nominated in the Outstanding Actress in a Short Form Comedy or Drama Series category, a well-deserved nod for a performance that will hopefully create a change in the way horror and science fiction performances are viewed on a critical level.

We recently sat down with Scott to discuss her “Passage” experience, her writer grandmother, and what she’d develop in Hollywood if presented with a blank check.

TrunkSpace: Did you ever think you’d receive an Emmy nod for working alongside of zombies?
Scott: (Laughter) I think you just take the ride. I can’t imagine that anyone would ever anticipate that, so you just go with it.

TrunkSpace: In all seriousness though, it must be nice to have your work and the format recognized. It’s great to see these short form projects getting critical attention, especially at this stage when they play like mini-movies.
Scott: Oh, absolutely. I said to someone at some point that short form has been like a pioneer of different stories of different narratives of different perspectives. It is now much simpler to produce in terms of content, so you get a lot of voices that maybe would not have been heard before because now they can actually get recognition. Now they can actually get their content distributed in some way. I think short form has become particularly important to an overall narrative for the industry.

TrunkSpace: And for a series like “Fear the Walking Dead,” these companion pieces are also a great way to build out the universe even further. 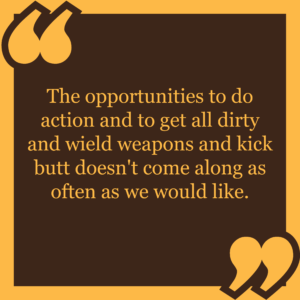 Scott: Exactly. Any number of people have seen a character on a show or even in film and wondered about their backstory or wished there was more to view with that particular character. This gives a chance to explore that type of stuff. It’s kind of a litmus test, I think, also for the larger brand in that they get to see what the fan reaction is to a certain type of character and then they can make some decisions about how much more to show in the actual long form.

TrunkSpace: What does the production schedule on something like “Passage” look like?
Scott: We spent three days in Santa Clarita and shot the entire 16 episodes in three days.

TrunkSpace: Wow.
Scott: Oh yeah! And we got bumped and bruised and scarred. It was so much fun.

TrunkSpace: Is it a situation where you get to spend three days with a character and then head home and wish you had more time with her?
Scott: Yeah, but it was great. I think the kind of compressed shooting schedule also just allows you to completely immerse yourself because it’s like, “All right, we’re just going to go hard for three days. Just get in there and do it.” It was great. One of the stories that Mishel and I talk about a lot is that on the third day, they brought in stunt doubles. We were like, “We’ve been doing all the stunts. Why do we have stunt doubles at the end?” (Laughter) We were like, “No, we’re good. We’ve already bled for this, so we’re okay.”

TrunkSpace: (Laughter) They bring them in right at the end to do a wide on the characters looking off into the sunset.
Scott: (Laughter) Right! “We’ve got this from here.”

That was a lot of fun though because you don’t often get to do that kind of thing, especially as a woman. The opportunities to do action and to get all dirty and wield weapons and kick butt doesn’t come along as often as we would like. It’s nice to not worry about whether or not your mascara is running or just to get in there and really, truly, literally and figuratively, get your hands dirty.

TrunkSpace: After getting in there and getting your hands dirty, was it a pleasant surprise when you learned about the Emmy nominations?
Scott: It was. It was a very pleasant surprise. You know that you’re on the ballot, so you know there’s a possibility, but there are a lot of people on the ballot. (Laughter) You hope that you are one of the people that gets chosen for that select spot. Yeah, it was really, really nice.

TrunkSpace: And you don’t often see genre pieces getting recognized in that way, so it speaks to how views are changing.
Scott: Yeah, I think they’re getting much more character-based than anyone anticipated. They can no longer be dismissed in terms of their story, so I think people are latching on to that.

TrunkSpace: You are a director and writer as well. When you’re focusing on a project strictly from an acting standpoint, is it hard for you to take off those other hats and not think like a director or think like a writer?
Scott: Not really. I think that it’s most difficult to separate those individual specialties when I’m writing, because when I’m writing, I’m writing as a writer, as an actor and a director. When you’re in front of the camera, then I think it’s really about delving into the character. I always think so highly of actor/directors who can direct themselves. How do you step outside of yourself when you’re on camera? I have the utmost respect for people who can do that. No, when I’m acting, I’m all in it.

TrunkSpace: Where did the bug bite you first?
Scott: It was definitely in the acting. From my first step on stage, though it was to sing not to act when I was three years old, so I’ve been doing the performing thing for awhile. My mother was very happy to refocus my energy out of her hair. (Laughter) She was just like, “Could you please do something with all of this energy that’s productive?”

I started on stage in Atlanta when I was just a child and then it grew from there. It was definitely acting, but my grandmother was a writer. That’s actually where I got the writing bug to begin with, when I was six years old.

TrunkSpace: That’s really cool.
Scott: She wasn’t a writer by profession, it’s something she loved to do. After she would write something, she’d let me read it, and sometimes I would actually go and perform her pieces around the community. She really sparked that in me, and then I kept going with it professionally.

TrunkSpace: It was great to have that focus so early in your upbringing because nowadays it seems more important than ever for actors to diversify and be able to create, write, and direct.
Scott: I could never have imagined the gift she gave me in sparking that interest in me because, absolutely, like I said, there are so many more opportunities to tell so many stories now, so you also need to be able to tell those stories. You can’t just depend on being in front of the camera, you have to be able to wield the pen. And that’s obviously a metaphor because nobody really writes out longhand anymore. (Laughter) You have to be able to figuratively wield the pen.

Then, if you’ve got even more skill sets in terms of the directing or the editing then that puts you in an even better position. The more you can do in-house, then I think the better the advantage you have. 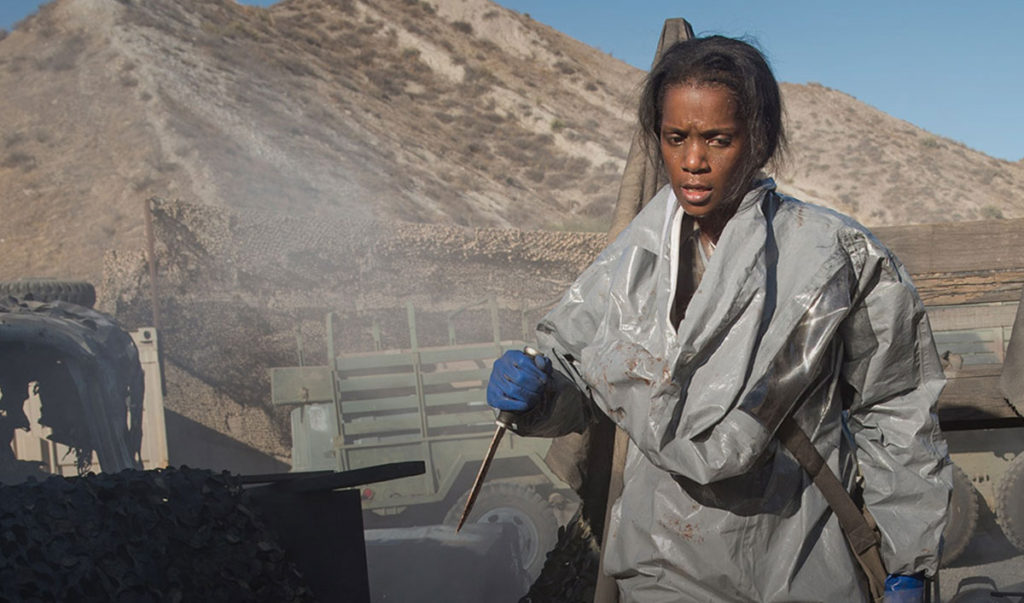 TrunkSpace: Does being a writer/director also help you be a better actor and vice versa?
Scott: I think they all complement each other. Everybody talks about how theater is collaborative. That’s on somebody’s bumper sticker. I don’t know that people emphasize that as much in film and television, but it’s the exact same thing. None of this can be done on an island, so the more you know about the different aspects of the process, I think it just strengthens you in another area.

TrunkSpace: So if a studio came to you tomorrow and handed you a blank check to develop any kind of project that you wanted, what would it be?
Scott: Wow! A blank check? I’ve only ever seen those in movies!

Well, interestingly enough, because I am also a writer, I do have projects that are in different stages of development. You give me a blank check, and all of a sudden I’m financing a whole bunch of stuff. Oh yeah, I’d have so much fun with a blank check. Now you’ve got me dreaming!

TrunkSpace: So instead of putting it all into one project, you’d spread the wealth across multiple projects?
Scott: You did say blank check! (Laughter)