As movie lovers who have been stuck at home this summer and looking for new content to consume, many of us have turned to the On Demand options available because, well, we demand it. One of the biggest films to cure our instant cinephile gratification has been The Outpost, the true story about a team of U.S. solders during the Afghanistan War who faced insurmountable odds at The Battle of Kamdesh. Originally slated to premiere at SXSW, the film found new life in all of our homes after the arrival of Covid-19.

“It’s disappointing that it didn’t fully get those opportunities, but with that being said, I’m really glad that the movie was able to be released,” says film star Scott Alda Coffey. “Truthfully, more people were probably able to see it because it was right there in their living rooms.”

We recently sat down with Alda Coffey to discuss entertaining in uncertain times, discovering new levels of respect for the men and women of the military, and learning patience from a famous family member.

TrunkSpace: Your latest project, The Outpost, was released in the middle of a pretty tumultuous time for not only the country but the world as a whole. In a way, is it nice to be a part of people’s escape during all of this – to be their outlet to what was “normal” once?
Scott Alda Coffey: It’s really amazing to see the response it has been getting, especially from veterans. I feel so honored that we were able to bring this movie to people’s screens during this uncertain time.

TrunkSpace: Without a lot of new projects being released right now, The Outpost is one of the last big films audiences may see for awhile. Has the current state of the world changed this particular experience for you – waiting for and promoting a new project – while in the middle of all of this uncertainty? 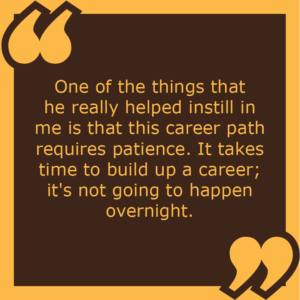 Scott Alda Coffey: Initially the film was supposed to premiere at SXSW before the film festival was canceled, and the movie was definitely shot to be seen on the big screen. It’s disappointing that it didn’t fully get those opportunities, but with that being said, I’m really glad that the movie was able to be released. Truthfully, more people were probably able to see it because it was right there in their living rooms. It was tricky to navigate during COVID-19, but I’m glad it’s out in the world and being seen.

TrunkSpace: The film is based on a true story. When you’re working on a project that involves real people – is there a different vibe on set? Is there more of a focus on getting it “right” for the sake of those who lived the experience?
Scott Alda Coffey: One hundred percent that was the main focus of every single person on set. We wanted to honor all the men who fought in the Battle of Kamdesh, as well as all the troops who fought for our country. That was our number one goal. It felt like a big responsibility, but we were all committed to getting it right.

TrunkSpace: For fans, the final product of a film or series is always the most memorable part, but for those involved in a project, we’d imagine it goes much deeper than that. For you, what is something about your time working on The Outpost thus far that you’ll carry with you through the course of your life/career?
Scott Alda Coffey: After having worked on The Outpost, I have a much greater respect for the military and our troops than I did before. I always supported our troops, but now I have more knowledge about them. I was lucky enough to work with a number of vets on the film, and that was so incredibly rewarding.

TrunkSpace: We saw that your grandfather Alan Alda gave you a Twitter shout out a few weeks back for your work in the film. For many young people, having their grandparents call them out on socials can be a horrifying experience, but yours happens to be a legend in the business. How has his guidance helped you traverse what is a pretty difficult industry to navigate?
Scott Alda Coffey: He’s been a huge influence for me my entire life. One of the things that he really helped instill in me is that this career path requires patience. It takes time to build up a career; it’s not going to happen overnight. I really took that to heart.

TrunkSpace: As an actor – a profession where you generally are required to work directly with other people in a scene – how have you kept the tools in your toolbox sharp during this extended period of isolation?
Scott Alda Coffey: It has been a tough time to work those tools during COVID-19, but my girlfriend and I work on scenes together, just trying to keep that muscle going. It’s definitely hard right now, but I’m doing what I can to stay active, acting-wise.

TrunkSpace: Where are you hardest on yourself as an artist and how do you overcome those self-critical insecurities?
Scott Alda Coffey: I think it’s so easy to be self-critical as an artist, and we all do it. Every time I watch myself act, all I can see are the flaws. I think that’s common, and I just keep telling myself that my work is done and wondering how I can be better for my next job.

TrunkSpace: If you could sit down and have a conversation with your 16-year-old self, would he be surprised by the trajectory of your career, and if so, why?
Scott Alda Coffey: I think so. In this business you never really know where your career is going to lead. I never would have thought that my first major film would be a war movie, but I am so glad it was. It’s an experience I never thought I’d get to have.

TrunkSpace: What has been the highlight of your career as a whole thus far?
Scott Alda Coffey: Definitely The Outpost. It’s such a powerful story, and one that I am beyond honored to be a part of telling. Opportunities like this don’t come around often.

TrunkSpace: Time machine question. If you could jump ahead 10 years and get a glimpse of what your career looks like a decade from now, would you take that journey? If not, why?
Scott Alda Coffey: I think so. I’ve been very happy with the path I’m currently on, and I look forward to what the future holds.

The Outpost is available now on VOD.