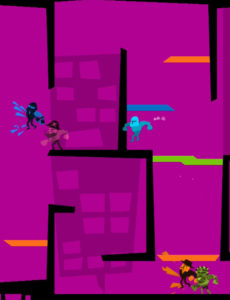 You’re dangerously stuffed with stuffing and the tryptophan has begun coursing through your veins. You and your closest friends and family are all gathered in the living room, regretting that last piece of pumpkin pie. Your uncle is about to start asking people to look at his moles to see if they look irregular. Your father-in-law has just brought up his very one–sided political views and the holiday poop emoji is about to hit the fan… what do you do?

If you answered shoot the hostage, you’ve seen “Speed” too many times, like us. Don’t worry about the hostages. Just grab your gaming system and plug in RUNBOW! It’s a platform game that is all-ages friendly and will bring your family closer together this holiday season… or drive a competitive wedge between you. We can say, though, that you will have a blast either way. 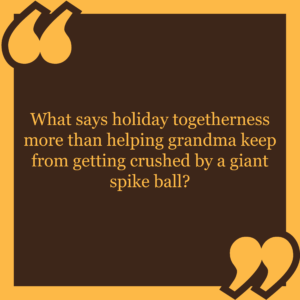 Runbow was released back in 2015, but it has recently had a resurgence in popularity with it being featured as a free download for the Xbox One. We recently sat down with our TrunkSpace family to take another look at this game. It’s a very basic concept, but it works so well. You race your opponents to the end of the level, or you work together to collect coins, defeat enemies, etc., traveling through a board game style set up after each level to choose your next step. What we found to be so fun and perfect for a crowd of diverse ages and gaming skills, is that you have this very basic skill set of running, jumping, and punching that you put to use to achieve your goal. At first you start off racing against the other players, and you can’t help but try and punch each other or butt-stomp them to keep them from getting ahead of you. We’re not going to lie, we didn’t make it through several levels many times, because we couldn’t quit laughing and punching one another to keep from getting ahead.

Something funny begins to happen after the first few levels. The goals switch from a race to other objectives that force you to work together to get through the level. This was really fun to watch. When you see a 10-year-old trying to get their grandparent to jump over the spike pit or dodge rolling spike balls, you can’t help but get into that holiday spirit. What says holiday togetherness more than helping grandma keep from getting crushed by a giant spike ball? Don’t worry, though. The objectives switch back and forth, and you’ll have plenty of chances to virtually punch your cousin Eddie repeatedly.

Visually, the graphics are colorful and resemble paper cutouts that harken back to a “Samurai Jack” feel, which we really dig. The color schemes play an important part of the strategy of the game as well. A color will wash over the screen at random and if the platform your standing on or jumping to is that color, it’s suddenly gone, and you’re probably going to fall to your doom. At times the game can be as frustrating as it is challenging, but in a good way. You want to keep going back and trying to achieve your goal and beat the other players to it to get that virtual trophy.

We’re going to wrap things up a little differently with this Trunk Gaming review. We know it can be difficult to entertain a large group of family and friends during the holidays, so here are a few of our other crowd friendly games that we suggest plugging in after your plug your mouth full of those delicious holiday carbs. “Mario Kart” for the Nintendo Switch is an absolute laugh riot to play with others. Even if you have some younger or older gamers, they can still enjoy just driving around. There is so much going on, they won’t know if they’re winning or losing, but they’ll have a blast doing it! “Overcooked” is another game we recommend to play with groups of people. You have to work together to create amazing and delicious meals while on a moving space station, in the middle of the arctic or in the midst of an earthquake that rips the ground apart. This game is a laugh riot and makes “Cutthroat Kitchen” look like a cake walk. If you have just one of these three games in your library, you’ve got holiday entertainment for hours on end. Let us know what some of your favorite multi-player games are in the comments below!

PUT THE FUN BACK IN FAMILY FUNCTIONS WITH… 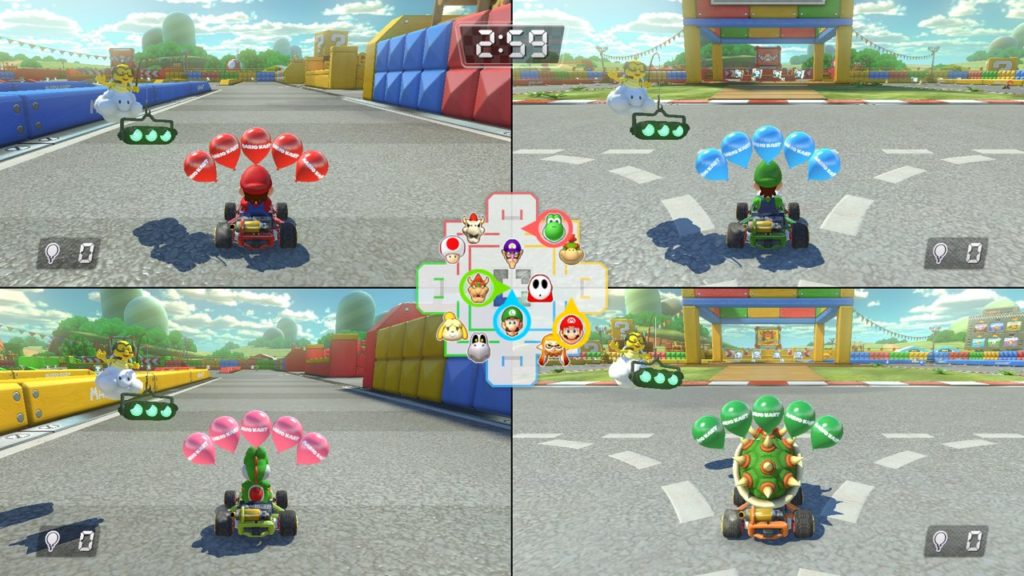 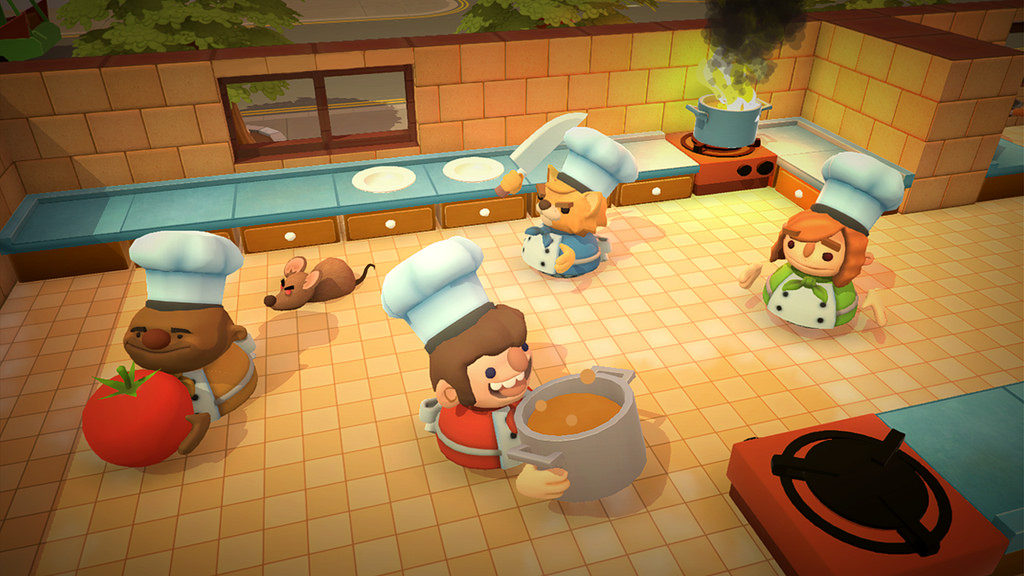