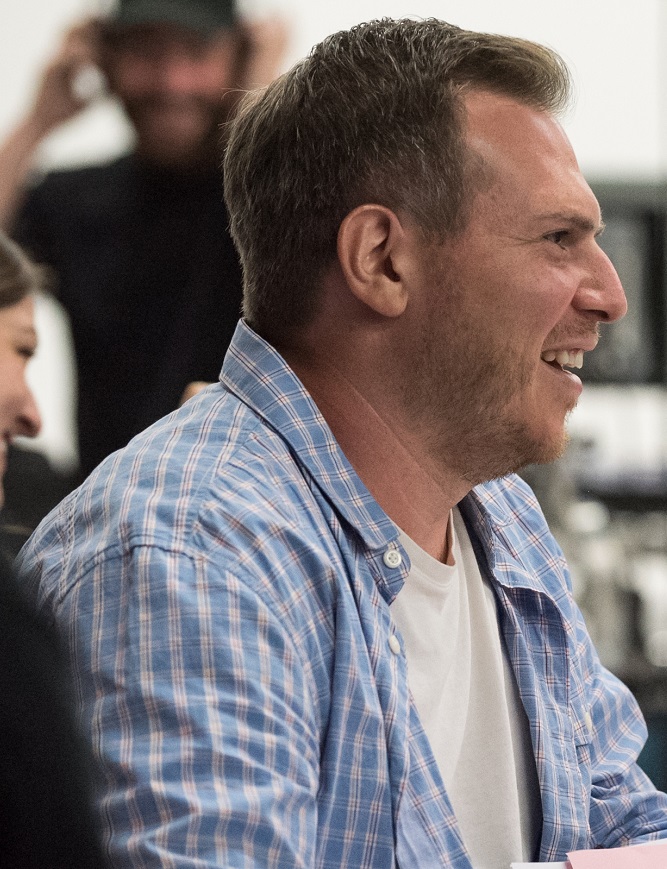 This time out we’re chatting with Ira Rosensweig, the filmmaker responsible for the digital series “Mystery Now,” which stars John Lithgow and serves as the companion prequel to the NBC comedy “Trial & Error.” He also previously directed the Clio Award-winning short “Neighbors 3: Zombies Rising” starrimg Seth Rogen and Zac Efron and is currently developing a number of original features, one of which he hopes to start shooting this summer.

We recently sat down with Rosensweig to discuss how he taps into the tone of an established series, how working with such high caliber talent can directly influence his career, and how he’d never ever EVER shoot 84 pages in four days again.

TrunkSpace: More and more networks are using companion shorts these days and they are continuing to grow in popularity. They’re often a continuation or precursor to the source material, but at the same time, they’re marketing pieces. How do you approach them as a director?
Rosensweig: I kind of approach them as I’d approach anything else, first trying to make the piece itself great, but then obviously you have to look back and see how it connects to the existing material and try to figure out the best ways to kind of weave into that and exploit that. I think with this project, “Mystery Now,” the script was written by two of the writers of “Trial & Error” so that was already taken care of. They obviously knew the world really well and figured out ways to come in and out of it, with the idea being that the story is about the murder of the John Lithgow character’s first wife. So in the Writer’s Room they had 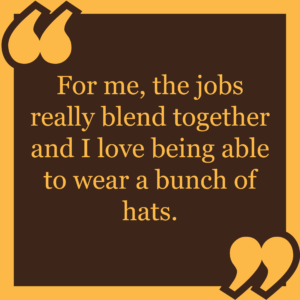 already figured out a lot of that stuff and were able to make the backstory that was in “Trial & Error” the main story here. I think the script itself was really rich and my job was to just kind of make it all come to life… try to make the piece feel as real as possible, at least at the very beginning. It was important to me to try to make it seem like it really could have been an unearthed kind of “Dateline” news magazine piece, but then as you go along I really wanted to play up a lot of fun formal elements and breaks and just try to figure out ways to keep it interesting and build the comedy. If you go too heavy in the front, it’s going to feel weird and you’re going to say to yourself, “This is too much of a parody.” You kind of have to find your groove and eventually figure out how to break out of that mold and be funny.

TrunkSpace: When you’re working within the tone of an existing property, it must help to have the actors from that property taking part because then you’re not really having to help them discover the tone because it’s a world they’re already familiar with?
Rosensweig: Yeah, it was great to work with John Lithgow because obviously he knows the characters so well so he snapped back into that mode and we just had a really great time, playing around and doing some improv. It was fun for him, I think, to revisit the character because they had finished filming awhile ago. But other than John, everybody else in the cast of “Mystery Now” was not a part of “Trial & Error” but they all really took it seriously and tried to inhabit their characters. I encouraged a lot of improvisation and a lot of what you see in the final piece is improv. We were lucky to find some really talented actors who knocked it out of the park.

TrunkSpace: And then you’ve got a piece like “Neighbors 3: Zombies Rising,” which obviously both Seth and Zac are dialed into their characters on and can just hit the ground running.
Rosensweig: Pretty much. With that, the challenge wasn’t figuring out the characters because as you said they knew them inside and out. The challenge with that was simply that we had them for 40 minutes.

TrunkSpace: Wow! You got a lot done in 40 minutes!
Rosensweig: Yeah. It was crazy. (Laughter) It was a crazy day where it was basically a junket. The traditional press junket has changed a little and now they film all of these vignettes for different networks, so AMC had them for an hour and subtracting hair and makeup and wardrobe, it was literally like 40 minutes to get that whole thing done.

TrunkSpace: Crafty must just be filled with coffee and Red Bulls on a day like that.
Rosensweig: (Laughter) Yeah. Basically. It was nuts.

But we threw them in there and they were amazing to work with. As I said, we had spent no time working on the character and just the entire time trying to make it as good and as funny as possible.

TrunkSpace: So is that a standard shoot schedule that you’re used to when working on a companion short like “Mystery Now?”
Rosensweig: Well, the windows for talent seem to be shrinking. To give you an example, with John Lithgow, that was shot over 45 minutes. I just did a thing for AMC promoting “Better Call Saul” and we literally had Bob Odenkirk for 15 minutes. It’s been good for me as a challenge just to be focused and try to get the best material possible in the least amount of time because I know in doing independent features and the schedule for TV, which are both things that I hope to be doing more of, I know they have to move quickly and I feel like this is a really great training ground for that. 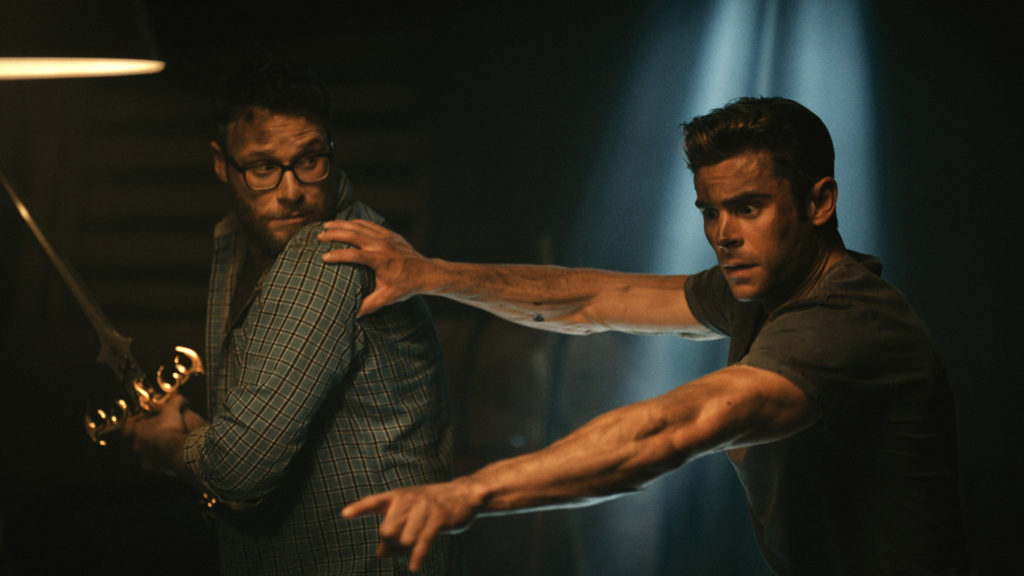 TrunkSpace: It does seem particularly crazy in the TV landscape where everything is being made like mini films these days, and yet, the schedules remain breakneck.
Rosensweig: For sure. We’re talking about doing a feature this summer actually and it’s basically a 100 page script and I would hope we’ll have, maybe four weeks, so you’re talking about five pages a day. I actually did a web series a couple of years ago where we shot 84 pages of script in four days. Now, I never want to do that again. (Laughter) We did 20 episodes for that, so some of the episodes I think are really good and some of them not so good, but it was a great kind of experience that I, honestly, never want to do again. (Laughter)

TrunkSpace: On the first day, super excited. By the time the fourth day roles around, insanity sets in.
Rosensweig: Oh yeah. It was literally staying up every night until 4:30 a.m., trying to figure out what you’re doing the next day and waking up two hours later and going to work.

TrunkSpace: But then on the fifth day when you’re wrapped, part of you was probably going… “I miss that.”
Rosensweig: (Laughter) No.

I also edited everything, so it was literally a four month grind where I was happy to be finished shooting and then it was, “Okay, let’s get to work and finish these things now.”

TrunkSpace: In working on these various projects with the caliber of talent you’ve had at your disposal, do you think it opens the eyes of executives, producers, and financiers to say, “Okay, this guy can step in and carry our feature or series?”
Rosensweig: I hope so. It’s weird… over the last couple of years, I’ve really been working with a lot of celebrity talent and I hadn’t done it that much before that. So I guess doing more of it convinces people of, “Oh, he’s good with talent and he can get things done quickly.” And I hope that is the case. It seems like the world of TV and film is now opening up a lot more. There have been projects, one in particular called “Guidance,” that I’ve literally been trying to make for eight years and it seems like we’re finally going to make it this summer, which is awesome.

TrunkSpace: Outside of directing, you also produce, write and edit. In a time when content truly is king, it must be beneficial to wear all of those hats and essentially control your own destiny.
Rosensweig: For sure. I was lucky coming up in the beginning when I was working for MTV Networks and Spike TV because I had a great boss and he basically let me write, produce, direct, and edit full commercial and promo campaigns for the network. So that’s kind of what I got used to doing. For me, the jobs really blend together and I love being able to wear a bunch of hats.

TrunkSpace: You’ve worked with some massive international brands on the commercial side of things as well. Is there an added layer of pressure on a project where you’re not only tasked with creating a great piece, but also having to deliver a specific message?
Rosensweig: There is a little bit of pressure, but honestly, there’s no pressure that’s put on me that’s greater than the one that I put on myself. 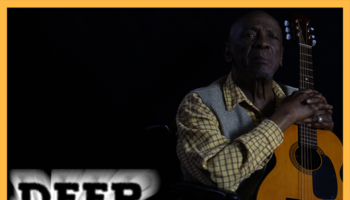 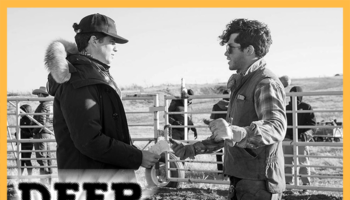 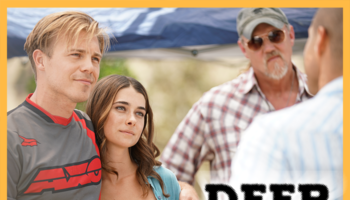 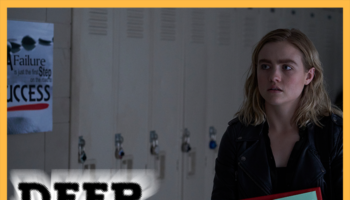 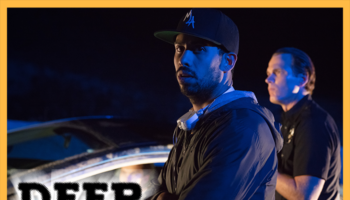