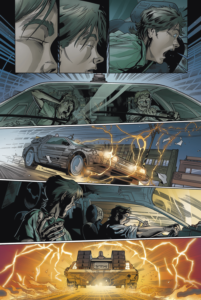 TrunkSpace: How would you describe your art style?
Ferreira: I have people telling me that my style is “dynamic” and “full of energy.” I think this is true, since I consciously try to bring a lot of movement into my art.

TrunkSpace: How important were comic books in your life growing up and is that where you discovered your love and inspiration for drawing?
Ferreira: Very important! In fact, the very first thing I read after I got alphabetized was an “Uncle Scrooge” comic book when I was six. And when I started collecting DC comics at the age of eight it never stopped. Around this same age I decided I was going to draw comics for a living when I grew up. Such love was developed for comic book art from reading all those books.

TrunkSpace: Was there a particular artist or title from your childhood that you remember being drawn to and inspired by?
Ferreira: Definitely John Byrne’s run on “Superman” in the mid-to-late 1980s. I remember grabbing those comics and being amazed at the art, and I sat down with every cover and tried to copy it to perfection. I also have to mention Jim Aparo’s “Batman” – also the 80’s run.

TrunkSpace: How did you decide to approach your career in comics? Did you formulate a plan of how you wanted to attack what is known for being a hard industry to crack?
Ferreira: Yeah, I definitely had a plan. Plan A was having an agent. Being from Brazil, here the most common way to break in is 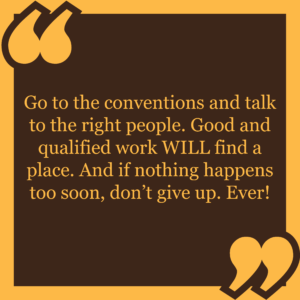 to get yourself an agent who will champion your portfolio inside the industry. I tried this formula, but it didn’t work out for me. Then I got to plan B, which was going to one of the biggest conventions, pace the show floor talking to absolutely every editor I could and show them my portfolio until at least one of them liked it! And one of them did at NYCC 2010.

TrunkSpace: What was your biggest break in terms of a job that opened more doors for you?
Ferreira: This is difficult for me to answer. My career so far is made of small steps – independent publisher to IDW Publishing to Dark Horse Comics to now hopefully one of the Big Two. And each step was made possible for some work done for each publisher. Let’s see what I will answer you after I get my first gig at one of the Big Two.

TrunkSpace: A lot of people say that breaking into comics is the hardest part of working in comics. How long did it take you before you started to see your comic book dreams become a reality?
Ferreira: From the time I actually started pursuing it seriously (with plans A and B in mind), it took me four years.

TrunkSpace: Is there a particular character or universe you always find yourself returning to when you’re sketching or doing warm-ups?
Ferreira: Not a specific character, but they are always from either Marvel or DC, for sure.

TrunkSpace: Is there a specific title or character that you’d like to work on in the future and why?
Ferreira: This is a two-step answer. Until I do my first job for Marvel or DC, working on any superhero title from any of the two would be awesome! And after some time in the Big Two environment, the dream would be Batman. 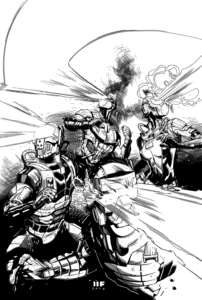 TrunkSpace: What is your ultimate dream when it comes to your career in comics? Where would you like your path to lead?
Ferreira: Being established in a way that getting steady work is pretty easy and a sure thing. If that comes with the ultimate fanboy dream, which is drawing exclusively superheroes for a living, then even better!

TrunkSpace: What would you say is the greatest strength as an artist?
Ferreira: I would say being able to professionally deal with editors, writers, and other fellow artists. This means meeting deadlines, willingly make changes to your work when asked to, being thoughtful to other fellow artists, etc. All the “behind the scenes” stuff that is just as important as drawing well.

TrunkSpace: How has technology changed your process of putting ideas/script to page? Do you sue the classic paper/pencil approach at all anymore?
Ferreira: Oh yes! And I don’t see myself changing anytime soon. What I did do was incorporate the digital into parts of my process, where it actually helps me speed up the whole thing, like making thumbnails (the storyboard thing), or editing work that is finished. And lately I have been experimenting with inking digitally, which has been proving a good experience and useful in a lot of cases. But the core of my process will remain paper/pencils/inks. Plus, I get to sell the originals! (Laughter)

TrunkSpace: What advice would you give another young aspiring artist who is considering a career in the comic industry?
Ferreira: If you already know you have potential to be in the industry, and if you already have put together a strong portfolio, just show it around! Go to the conventions and talk to the right people. Good and qualified work WILL find a place. And if nothing happens too soon, don’t give up. Ever!

TrunkSpace: Making appearances at conventions: Love it, leave it, or a combination of both?
Ferreira: Love it! Love being around fellow artists, the publishers and editors and, of course, the fans.

TrunkSpace: What is the craziest/oddest thing you’ve ever been asked to draw as a commission?
Ferreira: I wish I had a funny answer to that, but I have yet to be asked to draw these odd things.

TrunkSpace: What else can fans of your work look forward to for the rest of 2017 and into the new year?
Ferreira: For the rest of 2017 you can check out the wrapping up of “Back To The Future Vol.1.” I think we still have one or two more issues to go. And for 2018 I will be back to all-ages books for awhile, drawing a “Transformers” graphic novel for IDW. And there is also a new project for another publisher, but can’t talk about it. Sorry! 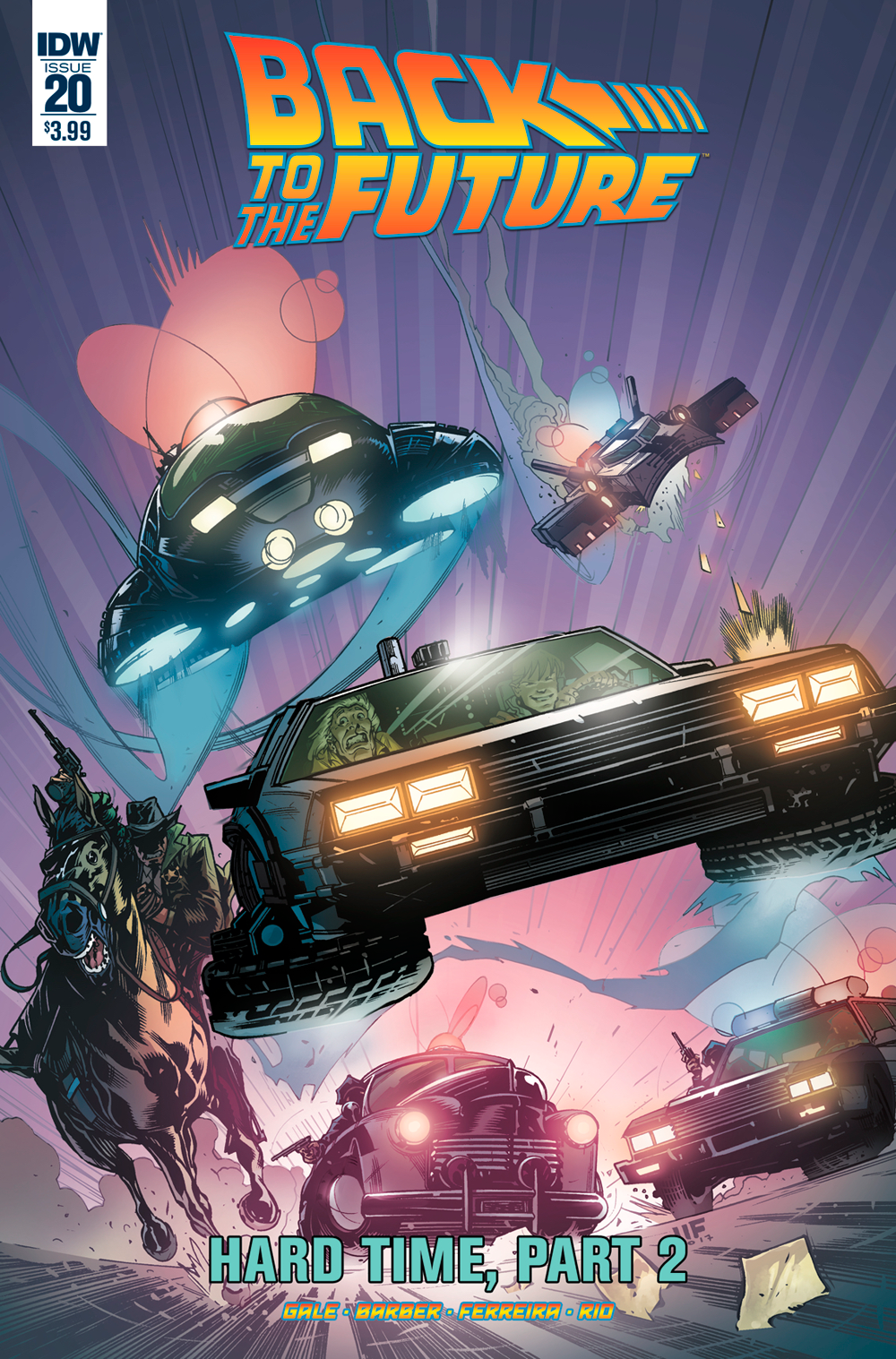