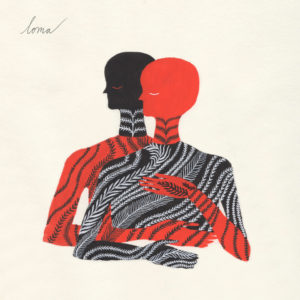 Reason We’re Cranking It: The planet has less atmosphere than this self-titled debut. Fanciful with a real sense of heart that is grounded in the very fabric of a shared reality, this collection of songs has so many layers to them that you hear something different each time through.

What The Album Tells Us About Them: We’ve learned so much, and yet, we still have so many questions. The thing that strikes us most however is that beyond its previously-mentioned fanciful face value, this album is also steeped in such incredible potential. If this is what the band was capable of achieving their first time in the studio together, what could the future hold for their creative output?

Track Stuck On Repeat: “I Don’t Want Children” begins as an exercise in relaxation. Until Emily Cross’ beautiful vocals kick in, you feel a bit like you’ve been transported to a spa, sipping cucumber water while breathing in the therapeutic aroma of lavender and sage, but once that first line breaks – “I don’t want children, even though if I did, I would want them from you,” – the calm fades and you prepare for what is an emotional storm to come.

Coming To A City Near You: Loma tour dates can be found here.