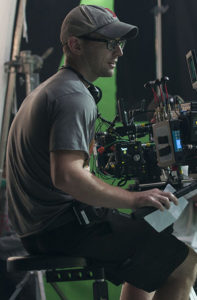 This time out we’re chatting with Liam O’Donnell, writer and director of “Beyond Skyline,” the action-packed sequel to the surprise 2010 science fiction hit “Skyline.” We recently sat down with O’Donnell to discuss why he needed to transition from a writer’s mindset to a director’s mindset, how his love for pop culture began with Rowdy Roddy Piper, and what his directorial future looks like.

TrunkSpace: You took on a new set of duties with “Beyond Skyline” by also serving as director on the sequel. Creatively what were you setting out to accomplish with the film?
O’Donnell: That was something I had to learn as a process, because even in the prep I was such a… I just came from writing so much that I would, at the end of each day, go back to the script and kind of keep working on it and doing notes. There was eventually that time period where I had to just stop and be like, “This is a visual medium now. Get your head out of your laptop and start really thinking about how you’re going to capture it visually.”

The main thing that I thought I could do as the director was with the tone and kind of capture that action movie tone right from the beginning. That was important to me. That was sort of the big change. Before we even got started or cast anyone, it was very much like, “Alright, I want to have a throwback, late ’80s, early ’90s action movie lead. He’s a cop, and he’s got trouble at home, and he’s got demons, but when shit hits the fan he’s exactly the type of person you’d want to be on your subway train.” That was kind of the approach up front. As we set out to make it, and we cast it, it just kind of went more and more in that direction; especially, obviously, with the addition of the martial artists and stuff like that. It became a full on action movie.

TrunkSpace: Did you ever feel like you were taking on too much by throwing all of those technical elements into your first 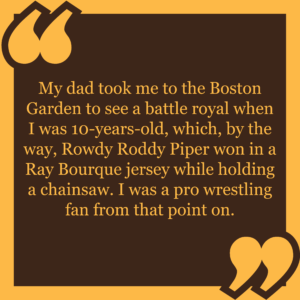 directing feature?
O’Donnell: No, never, because the action stuff is the most fun stuff. That’s kind of all of the things I loved growing up. My dad took me to the Boston Garden to see a battle royal when I was 10-years-old, which, by the way, Rowdy Roddy Piper won in a Ray Bourque jersey while holding a chainsaw. I was a pro wrestling fan from that point on.

All that sort of action, and stunts, and choreography, and giant monsters, and stuff like that… that was actually the stuff I felt most comfortable with. It was the human actor side that was intimidating. Our first day of shooting was in Indonesia and it’s a scene that Frank (Grillo), Iko (Uwais), Bojana (Novakovic), and Pamelyn (Chee) all kind of have a stand off that evolves into a fight; a four-way fight. I was just like, “If I can just get to the fights I’ll be okay.” (Laughter)

The thing I was most nervous on was just working with them to get there. Once the fists started flying I would be much more comfortable. It was all just about overcoming those kind of fears and figuring it out and how to best communicate with people to get what you want.

TrunkSpace: When you sat down to write the script, did you know at the time that you were going to be directing it, and if so, did that sort of alter the writing process for you at all?
O’Donnell: It did. I had already written a treatment and the treatment had been kind of sitting around collecting dust for three years. It became a situation where there were a couple different projects that we’d been working on and I kind of said, “Well look, I’ll go ahead and just write the script for ‘Beyond Skyline,’ but if I put that much heart and love into it, I would love to direct it.” Greg (Strause) and Colin (Strause), they already had a couple different projects and different directions and they said, “Yeah, sure. Go for it.”

TrunkSpace: You touched on your first day on set, but what was it like building up to that day? This being your directorial debut, what kind of emotions were you going through leading up to the first shot?
O’Donnell: Well, we got lost that morning on the way to set. It was about an hour drive and of course, it rained. We’re in a rainforest during the rainy season and there was just a lot of nerves building up. They have a sheet in the production office that says, “Minus XX days to production,” and just seeing it go from 13 to 6 to, “Oh my God!” It’s definitely something that you build up your courage for.

We shot the standoff at the beginning of the day. A big torrential downpour came. We stopped filming because obviously, nothing was going to match continuity from a sunny morning, and so the only way to get through it was that we just said, “All right, we’re just going to skip ahead later into the fight, so let’s turn the camera in the other direction and just start fighting.” Frank and Iko start pounding each other and Frank picks Iko up and just slams him down into this big mud puddle and I just lifted my arms up like, “Okay, it’s going to work.” (Laughter)

TrunkSpace: Was part of that emotional build up period to the first day also the fun of seeing the culmination of a childhood dream turn into a reality?
O’Donnell: Of course. I actually texted my dad about that. He took me to this pro wrestling thing when I was 10 and it became a thing where I wrestled in high school and I loved video games and movies and watching that stuff. “All right, when are you going to grow up and do something else for your life?” All that stuff, all that background of what seemed like a time waster all came to use, so it definitely had this fun, “How did I end up here?” feel.

TrunkSpace: Now you have to pay it forward to Roddy Piper’s memory and do a “They Live” remake.
O’Donnell: In a second. In a second. Sign me up!

TrunkSpace: We know you’re not new to film sets, but so much involving directing is a learn-as-you’re-doing situation. What as the biggest lesson you picked up in the job by actually doing the job itself?
O’Donnell: Interesting. I mean, I think it would be more listening. I don’t have to have exactly the right idea right away. I had already been told this, but going through the process is like… it’s how much more prep I would do the second time. I felt like I worked as hard as I possibly could and you need to work even harder. You need to go through everything and have it all in your head and then, then it’s fine to be able to switch it up and try something new because you already know that you have exactly what you need.

TrunkSpace: So it’s a mix of being prepared, but also being willing to change things up on the fly?
O’Donnell: Exactly. It’s those situations where people are going to come to you with different ideas, or that the way you wanted it isn’t going to work out right, and do you have the ability to adjust in game-time situations and make end game adjustments?

TrunkSpace: As you look forward in your career, is this the genre sandbox that you want to stay working in or do you see yourself doing a little bit of everything?
O’Donnell: Well, luckily, the sandbox for this movie is pretty big. (Laughter) There’s enough different genres in here that I feel like I can keep making them until I die. But the next project, I’m doing something much smaller set in Indonesia. It’s completely foreign language and it’s about a safari down the rivers in Borneo, where they come across this missing link. It’s based on an Indonesian novel and I have a whole Indonesian writer’s team, so that’s a little bit of a creature movie. They had never done one before, which is why they came to me to help them make it. That will still have a little bit of martial arts, a little bit of action/adventure – a little bit of everything – so it’s a good place to be as far as I’m concerned.

The other one I’m doing is a post-apocalyptic science fiction martial arts’ film, because of my experience on this. While I was over there, I came up with this idea to just try to do something from the ground up that was a true, tried-and-true martial arts’ epic.

“Beyond Skyline” lands in theaters and on digital home entertainment today. 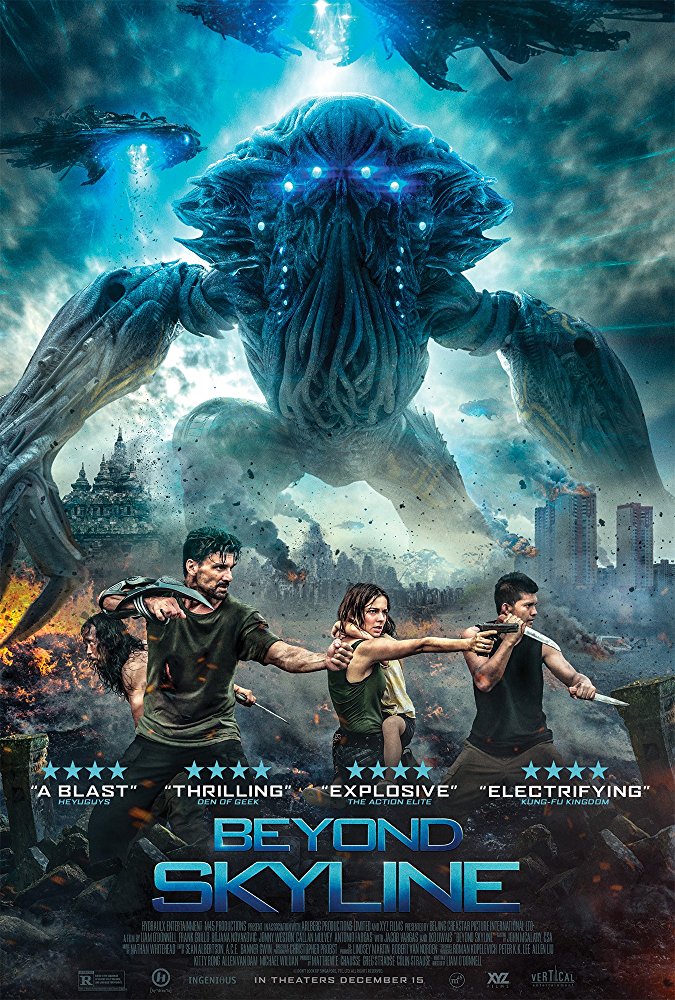