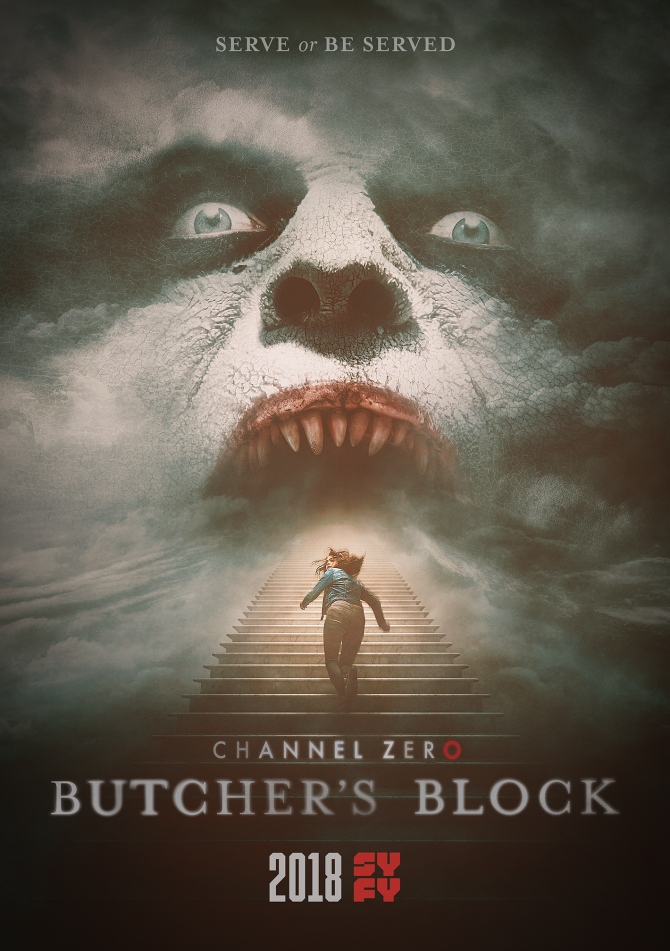 Where To Watch: SYFY

Reason We’re Watching It: Nick Antosca has taken the source material provided by Creepypasta, a group of digital urban horror stories, and given visual life to these tales and legends that will haunt your thoughts and dreams. The last two seasons of “Channel Zero” kept us up at night, wondering what the next episode will hold. “Butcher’s Block” has proven to have the same hook and is indeed the most harrowing and chilling installment of “Channel Zero” thus far.

What It’s About: “Channel Zero: Butcher’s Block” is inspired by Kerry Hammond’s Creepypasta “Search and Rescue Woods” Reddit series. The story follows Alice (Olivia Luccardi) and her sister Zoe (Holland Roden) as they move to a new town in an attempt to escape the families’ dark history with mental illness. We find out their mother is in a mental facility and that Zoe is also suffering from the same mental health issues, as well as battling with addiction. Alice is working as a social worker, hoping to help children in need. Meanwhile, there have been multiple disappearances occurring in the small town, and there are more questions than answers as to the cause. As Alice ventures further down the rabbit hole that is “Butcher’s Block,” you find out the town is much darker and sinister than you could ever imagine.

Whoah! Rewind That!: In the first episode there are a lot of moments that will have you hitting the rewind button and getting a second look at what just transpired on your screen. For us, one moment that evoked a verbal reaction from the room of viewers was the…well, we’re not sure what it was yet, but we’ll call it the “thing” in the wall. Alice makes a social worker call to check in on a mother and child. You start to hear and see this “thing” in the wall. Then, when they show the child’s room, you see a hole in the wall that would perfectly fit its face, implying that it could easily peer in on the child. The thought of this “thing” looking through the face-sized hole at the sleeping child is just horrifying to contemplate.

Watercooler-Worthy Tidbit: Season 3 of “Channel Zero” was originally going to be called “Staircases.” You’ll see why when you watch it. The creators changed the name to “Butcher’s Block,” which we have to admit, immediately sets the tone for this story.