For singer-songwriter Cf Watkins, the songs that make up her latest album, Babygirl, aren’t just about who she is as an artist, but where her art was influenced. The places that we identify with are sometimes just as important as the people we make connections to, and as those places leave us, we call on them in non-physical ways.

“Often the only way for me to visit these places, especially as they change and disappear over time, is to write songs that bring me to them,” she said in an exclusive interview with TrunkSpace.

Her latest single, “The Tell”, is available now.

We recently sat down with Watkins to discuss self-soothing through song, her first songwriting experience, and how major life changes have impacted her art.

TrunkSpace: You are from North Carolina but have lived in Brooklyn for the last nine years. How does WHERE an artist is from influence WHO that artist becomes? Where do you most hear your roots in your music?
Watkins: I definitely believe all of the places I’ve lived or explored have played a role in who I am and the art I create. Whether it is longing for that place, or feeling fed up with it – places, for me, have offered relationships just as intimate and complicated as people have. You hear that a lot in this record – there are a few songs about homesickness, one about the memory of my Granddad’s backyard, another that visits the park in my hometown where I hung out as a teenager… all of these places are strongholds of identity and comfort for me. Often the only way for me to visit these places, especially as they change and disappear over time, is to write songs that bring me to them.

TrunkSpace: Who is Cf Watkins the artist, and, would the you who first picked up a guitar and started playing be surprised by the answer you’re giving today? 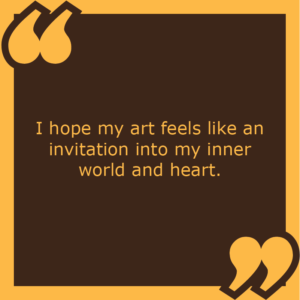 Watkins: Wow. Who is Cf Watkins the artist… hmm. When I am creating art, I am usually in my own little universe. I have always used art as a way of self-soothing. When I visualize who that person is, it does actually feel pretty unchanged by time. The little 7-year-old tomboy, wandering through the woods behind her house, looking for crawdads in the creek, singing songs and telling stories to her dog – is, I think, very much the same person I am when I am writing or sharing now. I hope my art feels like an invitation into my inner world and heart.

TrunkSpace: Your latest album, Babygirl, is due to drop on October 16. Between the pandemic and the social unrest, it has been a very difficult year for many people. Do you hope that by releasing Babygirl in the midst of all of this that maybe your music will be the temporary escape people need – that it will allow them to “check out” for a bit?
Watkins: This year has been incredibly eye-opening. It has been emotionally and, in many cases physically, exhausting for so many people. I guess I wouldn’t describe my hope for this album to be an escape or an invitation to check out… but more to be a friend on the journey. There is so much going on right now that is very important for us to stay alert to, despite the challenge and despite the pain. Especially as November draws nearer. However, I do realize that regardless of everything going on in our outer world, we all have inner worlds as well, we are all still experiencing the daily moments of small joys, dramas, pains, and connection. I hope that Babygirl will connect with the people that need it in those moments.

TrunkSpace: Normally you would tour to support a new release, but that is not something that is possible in every state right now. How has promoting the upcoming album changed? How do you get the word out when people can’t get out themselves?
Watkins: Yes, I am just trying to creatively roll with the punches. I have been doing some shows virtually, and am planning to do a conversational series on Instagram with other artists. A lot of promotional efforts have turned to social media, which I am trying to get better at but it doesn’t come naturally. But I also think this is just another way to learn how to find community and connection even amid a pandemic.

TrunkSpace: What could someone learn about you as both an artist and as a person in sitting down to listen to Babygirl front to back?
Watkins: I guess that I’m a romantic.

TrunkSpace: What are you most proud of with the album?
Watkins: There is a lot of incredible talent featured on this album – Max Hart, who produced the record and is a featured instrumentalist throughout, is such an inspiration to me and it was so amazing to collaborate with him on this record. All of the musicians that are featured – every single one of them – is amazing and I am so filled with gratitude and disbelief when I think of getting to create something with such talented angels and artists.

TrunkSpace: While you are no doubt focused on the album and promoting this particular collection of songs, have you found yourself to be creatively-inspired during the pandemic? Has isolation led to increased songwriting?
Watkins: It’s hard to say – I’ve gone through a lot of changes during the past five months. I’ve moved out of New York, I’ve lived in my parents’ basement, a six-year-long relationship has ended, I’ve adopted a dog, and I’m moving to Nashville. All of these changes have definitely been fodder for a lot of songs, albeit who knows if anything will ever come of them. I think many people are going through similar experiences – where the pandemic has had a hand in turning their lives inside out swiftly and unsympathetically. For many, it has obviously led to much darkness and challenges, and I suppose for others it has likely led to revelations and movement. For me, change inspires creativity and stagnancy seems to deter it – and this pandemic has created both. 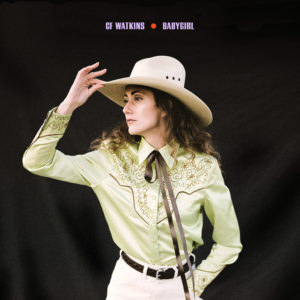 TrunkSpace: Is it possible to overthink a song? Can a songwriter tinker so much that the breath of the song is exhaled?
Watkins: The minute I start trying to figure out the song, the song vanishes. I would guess nearly all of my completed songs have shown up without warning, the ones I try to wrangle out or morph never get finished. Every songwriter’s process is very different though, and I also hope that my own process changes as I do.

TrunkSpace: What is the first song you ever wrote and do you, A.) still perform it, and B.) what does that song say about who you were then?
Watkins: The first song I ever wrote on a guitar was in 8th or 9th grade… my dad had gotten me a guitar for Christmas and I would spend hours fiddling around on it while I sang. I don’t remember the song at all, but I have a vivid memory of going over to my childhood best friend’s house and asking him and his parents to listen to me sing it. I sat down and I think the whole song was maybe two chords over and over and when I finished I looked up and his dad was crying. It was very sweet and it made such an impact on me. His dad was clearly a very sensitive and loving man, but knowing a song I created made him feel something – that was very inspiring and encouraging to me.

TrunkSpace: Time machine question. If you could jump ahead 10 years and get a glimpse of what your career looks like a decade from now, would you take that journey? If not, why?
Watkins: Hmm, probably not? I feel like we’ve learned enough from the Back to The Future franchise that time travel is not worth the trouble.

Babygirl is due October 16.