By nature, people are curious creatures. We love to hear about famous parents, but in reality, WHO someone is ends up being less important than HOW that someone tackled the role of mom or dad. For Calico Cooper, lead singer of the band Beasto Blanco, her father – rock icon Alice Cooper – nurtured the “little weirdo” inside of her and in the process, unleashed a creative Machine Girl who acts, directs, produces and choreographs.

“I didn’t have parents telling me to get my head out of the clouds, so they never came out,” she said in an exclusive interview with TrunkSpace.

We recently sat down with Cooper to discuss her band, finding her balance in a sea storm, and… crocheting?

TrunkSpace: You have had the unique experience of growing up with a rock icon and legend, Alice Cooper, as your father. What was that like and how has that played into your own personal creative endeavors?
Cooper: I am so blessed to have him creatively to look up to, but also he is a wonderful father. He has always championed that I saw things differently, even as a kid. I was a little weirdo. Now as an adult performer, I can see how that helped me become so uninhibited. I didn’t have parents telling me to get my head out of the clouds, so they never came out. The part about him being a legend is something I’m proud of, but never something I feel I have to compete with. We are different animals.

TrunkSpace: At the young age of 18, you began working as a creative professional, choreographing the Brutal Planet tour for your father. 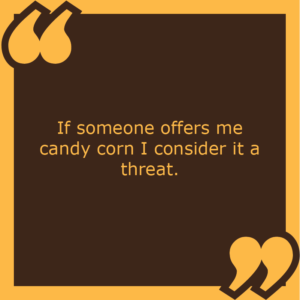 What was that experience like, and what would you say was the biggest lesson you took away from the experience?
Cooper: I learned there are grown men that CAN take direction from an 18-year-old girl and grown men that cannot. (Laughter) No, but I learned how to work on the biggest scale you can work on very early on. How stage combat worked, how magic tricks worked. How lights and sound and costumes can pull an audience into a world of fantasy that they don’t want to leave. Alice has always been able to create that, and I paid attention and learned how.

TrunkSpace: Acting, directing, singing and more. You’ve worn many creative hats in the industry of entertainment. Do you have a favorite one? If so, why?
Cooper: As cheesy as it sounds I kind of get off on being a “triple threat”, if people even use that word anymore. The fact that I can act and have decades of strict ballet training allows me to do things on stage with my band that makes the show unique. With acting, when I audition, there are ways I can use my voice because of the music training. I feel like everything informs everything. A big ol’ artsy symbiosis. The skill I have now that I wish I had earlier was being able to direct and produce. Now that I can do that, I can just make what I want when I want. Sometimes it’s great, sometimes its a miss – but at least I can.

TrunkSpace: You have inhabited a variety of characters for tours, TV and film. Which would you say is your favorite and why?
Cooper: I have been all over the place. I have played serial killers and soccer moms. I am currently loving playing Machine Girl in my band Beasto Blanco because she keeps changing… evolving. I keep getting to play with her. I notice some tours she’s meaner, some sexier, some downright ridiculous. I’d say her because I’m never done testing her boundaries. Haven’t found any yet.

TrunkSpace: The character of Machine Girl you have created is powerful and enigmatic! What do you hope fans, especially of the female variety, take away from your character?
Cooper: There is power in the damaged. When I first created her I covered her in bangs and bruises. Sort of an outer badge of courage. I always thought there was something so alluring and sexy and powerful about female warriors. I added a dash of a sense of humor and The Machine Girl was born.

TrunkSpace: Beasto Blanco has to be one of the best names for a rock band that we have ever heard! Can you tell us a bit about how the name and band formed?
Cooper: It’s meant to be that beast that explodes out of you at the darkest bottom of a pit. When you make that choice to get up and walk back toward the light instead of lay down you become the beast. It can’t be touched, it can’t be stopped. It’s a force of nature. It’s crazy how people resonate with it. It crosses age groups and race groups, boys, girls… one thing we can all understand is being stepped on and finally saying, “no more”.

TrunkSpace: You have toured around the globe with Beasto Blanco – by land and by sea. What is it like to perform on a cruise ship? Are there any specific challenges while rocking out on the ocean?
Cooper: Have you ever worn 7-inch heels and stood on a folding chair in a sea storm? Because now I can say I have. I love touring in any capacity. I’ve been living on a tour bus since I was 18. The rock cruises are such a unique experience. You play your shows, but the rest of the time you are WITH the fans – eating together, chilling on the beach. You get to know the people who love your music, which is not always easy to do on tour with our schedule. I’ve met some of the greatest people on those cruises. 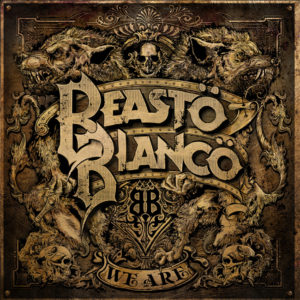 TrunkSpace: What are the challenges and differences between choreographing for an Alice Cooper show and performing with Beasto Blanco? They must be two similar yet completely different beasts to tackle.
Cooper: The major difference is spontaneity. The Alice show is this massive production with a million moving parts. Most of which can kill you. (Laughter) So as organic as it seems it’s very staged for safety and music’s sake. So when you direct or choreograph it, it has to be something that can be done that way every night – arena or theater. With Beasto, it’s so raw. I know where to be when, but you will never see the same show twice. I don’t know what I’m gonna do at any given moment, and that has a sense of danger to it. It’s fun for me because ANYTHING can happen. I think the audience gets off on that danger.

TrunkSpace: Given your background in entertainment, is there a creative element for Beasto Blanco you would like to branch out into, say, comic books or film, or maybe even a specific type of tour?
Cooper: We are MADE for comics. We look like living, breathing cartoon characters. We have a Beasto “Origins” film in the works and it’s grimy and dystopian and full of hope. I’m excited.

TrunkSpace: Is there any aspect of the creative field that you have yet to dabble in that you would like to try your hand at?
Cooper: The only thing I don’t do on or off stage is crochet, so maybe that.

TrunkSpace: Pumpkin spiced everything is hitting the shelves and we’re eyeing bags of candy corn in the stores. Fall is nigh! We imagine that has to be a special time of year for Machine Girl and Beasto Blanco. Any special plans for this October fans can look forward to?
Cooper: If someone offers me candy corn I consider it a threat. But cool news, Beasto is going to do an October ONE NIGHT ONLY live event in conjunction with MONSTERS OF ROCK, so as we speak, I am trying to make a costume that partially melts. I’ll let you know that works out for me.

But keep up to date with our upcoming performances at www.beastoblanco.com and on Facebook/Insta/ and all major music streaming robots!