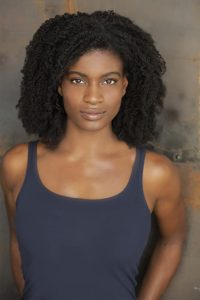 While pop culture has always been a great distraction, what little new content making it to screens these days feels like stepping into an oasis while trekking through a desert. NOS4A2 fans have surely gobbled up Season 2 – which culminates in its finale this Sunday – and for star Ashley Romans, being a part of that momentary escape for people is a rewarding experience.

“For me, being on television and entering people’s homes, minds, and hearts feels like an honor and a responsibility now more than ever,” she said in an exclusive interview with TrunkSpace.

We recently sat down with Romans to discuss changes in her character, baking a cake in the dark, and discovering her deeper self.

TrunkSpace: New series premieres/seasons seem few and far between these days due to the state of the pandemic. With Season 2 of NOS4A2, is it nice to be a part of people’s escape during these tumultuous times – to be their outlet to what was “normal” once?
Romans: For sure, during quarantine it felt like every time I started a new series, show, or some entertainment, those performing were providing a much needed emotional and spiritual service. For me, being on television and entering people’s homes, minds, and hearts feels like an honor and a responsibility now more than ever. I remember when I was younger, between grade school and middle school, the characters on some of the television shows I watched felt like my best friends and confidants. That said, simultaneously the social uprising and the pandemic have given me a gentle reminder of just how unimportant our individual aspirations are except in the context of how it is in service of others and oneself. This reminder is freeing because suddenly the baggage I carry doesn’t seem as heavy. With everything going on we can’t take ourselves as individuals so seriously.

TrunkSpace: In terms of plot, there’s an 8 year gap between Season 1 and Season 2. As an actress, how do you prepare for your character to make that kind of leap because a person can change a lot in nearly a decade? How did Detective Hutter change? 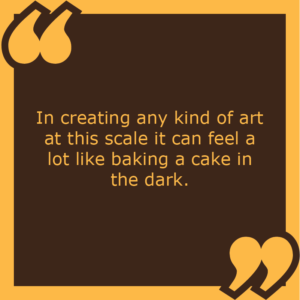 Romans: The big changes in her life are her relationship with Maggie Leigh, her promotion to the FBI, and her partnering with Maggie’s supernatural abilities to catch dangerous strong creatives. A lot of preparation was about personalizing Tabitha’s new priorities in life and her point of view on how her view of the world has changed. There is a certain amount of internal dissonance because although she believes in and wants to serve the FBI, she knows more about the world than her peers and still less about the world of thought than her partner Maggie and Vic. She’s been stuck in this in-between place for a while and this season she has to learn the limits of the bureaucracy she’s been serving.

TrunkSpace: From what we understand, NOS4A2 is the longest time you have ever spent with one character. What is it like getting to have an extended stay with a character and building on what you’ve done week to week, episode to episode?
Romans: Challenging and rewarding because episode to episode you’re thrown into new circumstances that test your point of view and character’s outlook on things. Just as in all our lives there are situations this season that Tabitha has never imagined she’d find herself in and she has to decide who she wants to be and how she wants to behave in those situations. Very often we don’t act as our highest selves in challenging or new situations so I get to witness and participate in a lot of the times Tabitha gets it wrong and all the times she gets it right and it’s all new to me too.

TrunkSpace: For the viewer, the end product is always the most memorable, but for those involved in the project it must go much further than that. What’s the most memorable aspect of getting to work on NOS4A2 that you’ll carry with you through the rest of your life and career?
Romans: Getting to work with such an awesome cast, crew, and fans. In creating any kind of art at this scale it can feel a lot like baking a cake in the dark. You can have all the right ingredients but in the end you really don’t know how it will come out. But we were already steps ahead because we have such amazing leaders in production, cast and crew that set such an incredible tone at the top of the chain that trickled down to the product of the show and the quality and enthusiasm of the fans. Very grateful to witness formula pay off.

TrunkSpace: What has been an unexpected bonus or reward – something you could have never anticipated when you first started your journey as an actress – to a career in the arts? What is an aspect of your life that you wouldn’t have now had you not taken this path, but at the same time, one that you can’t imagine your life without now?
Romans: Wow. Of all the interviews, this is one of the most original questions I’ve received. Well, one reward of acting is finding out different aspects about myself. The path to becoming a good actor is the similar path of knowing yourself deeper. It’s the path of growing in emotional and spiritual intelligence. I have found that success in one area of my life mirrors alignment in seemingly unrelated areas so I’m grateful for acting to exposing me to that. I definitely don’t think I would have moved from New York to Los Angeles if it wasn’t for acting and it’s hard to imagine my life without the family I’ve made here on this coast now.

TrunkSpace: There are ups and downs in any career, but certainly the entertainment industry is known for delivering peaks and valleys. Was there ever a moment where you considered walking away from acting, and if so, what kept you on your path and looking forward?
Romans: For sure. I think it’s possible we’re all smarter when we’re younger. I believe I knew my purpose in life and had a very clear vision for myself when I was a child. Through time and experience my vision gets blurry and I forget. The blurry vision comes and goes but when it’s around for a little longer the voice of self doubt creeps in and spreads. I often think about quitting all my artistic expressions and moving away somewhere remote. And there’s nothing wrong with that choice either. But I practice pausing and asking myself, “Well, who’s voice is that? Is that my voice? Is that what I want or is that the spirit of fear telling me to hide from the bigness of my purpose?” I recognize that voice that tells me to quit is resistance outside of myself and it becomes a little easier to stay focused on what I want.

In the beginning, when I first got to Los Angeles and I was waiting tables, had three different jobs, no car, and trying to make it across town to auditions, class, and rehearsals via public transit – I remember I hardly ever thought of quitting acting at that time because I had already silently accepted that would be my “normal” for a very long time.

TrunkSpace: As an actress – a profession where you generally are required to work directly with other people in a scene – how have you kept the tools in your toolbox sharp during this extended period of isolation?
Romans: Keeping up with a lot of self inventory and understanding my own behavior and thus better understanding human behavior. So a lot journaling, reading novels, watching great acting performances in moving storylines. Right now I love shows like Killing Eve, I May Destroy You, Ramy and others.

TrunkSpace: Beyond the pandemic and the social unrest, what will you remember most about 2020? For you, what has been the light in all of the darkness?
Romans: I will most remember the stillness and peace I found in the solitude of quarantine. It didn’t last long but there was a period of a week or so where I felt as though I was living moment to moment in hyper presence. It was hard to hold on to and the moment is also constantly changing and shifting.

TrunkSpace: Time machine question. If you could jump ahead 10 years and get a glimpse of what your career looks like a decade from now, would you take that journey? If not, why?
Romans: I would hope that I’d have the willpower and focus to decline a trip like that. Mainly because the answer, outcome, and destination is changing moment to moment. It’s my actions that determine my future and my thoughts that determine my actions. IF that glimpse is fixed and not possible to changing than there would be no point in seeing the place I’m going to end up at anyway. And if the possibilities are open to changing there is equally no point in seeing the place I might not end up at all. Ultimately it’s not about the destination but who I become along the way.

The season finale of NOS4A2 airs Sunday on AMC.