Screaming Females’ All At Once 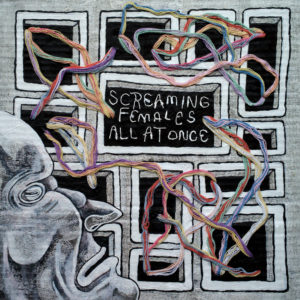 Album: “All At Once”

Reason We’re Cranking It: Seven albums in and the DIY-punk trio is still getting better, finding a seamless track-to-track studio groove with the return of producer Matt Bayles who previously worked the control booth on 2015’s “Rose Mountain.” It’s a beautiful marriage, the kind of best-case-scenario coupling that would make others in creative relationships jealous.

What The Album Tells Us About Them: For a band called Screaming Females, there’s not a whole lot of screaming going on and that’s perfectly okay with us because lead singer/guitarist Marissa Paternoster’s resonating vibrato is best delivered when under control. It’s a mesmerizing serenade that calls out to you like a siren, and it’s an instrument she knows how to use to perfection in any given musical circumstance.

Track Stuck On Repeat: Sure, those who live in glass houses shouldn’t throw rocks, but those who rock will be unable to throw “Glass House,” at least out of regular spin rotation. If cassettes were still a thing (not in a collector’s way) and we were putting together a mix tape, this track would get the call.

Coming To A City Near You: Screaming Females tour dates can be found here.