7 Guardians of the Tomb 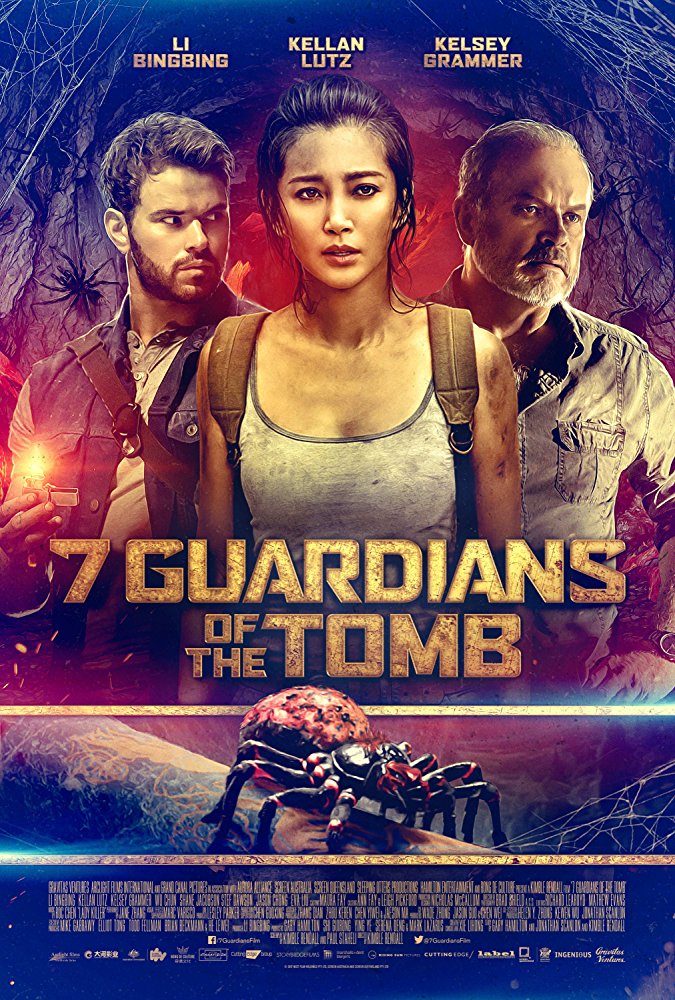 Movie: 7 Guardians of the Tomb

Reason We’re Watching It: You had us at Kelsey Grammer, but we certainly stayed for the action and adventure aspect of the movie. The truth is, it’s hard not to enjoy a story that involves chasing after a sought-after artifact in China while dodging danger and solving potentially deadly puzzles in an ancient tomb.

What It’s About: Luke (Wu) is on an archaeological dig for businessman Mason (Grammer) when a discovery gives way to a horrifying past that was best left buried in the tomb. Mason alerts Luke’s sister, Jia (Bingbing) about her brother’s sudden disappearance and Jia joins Mason and a crew of adventurers to find him… though Mason has ulterior motives that are soon revealed.

Whoah! Rewind That!: Spiders… why did it have to be SPIDERS!? There is a climactic scene that involves hundreds of spiders and one very massive boss-looking spider that literally rips another large spider in half. How can you not rewind that a few times and cringe in ooey-gooy awesomeness?

Watercooler-Worthy Tidbit: Lutz came up with a game during the last week of filming for the cast and crew to play that involved throwing a toy spider into a hole in a box, Cornhole style. If the spider made it in, they won a prize like on TV or in video games. Google is suddenly not the most fun place to work anymore. Thanks Lutz!